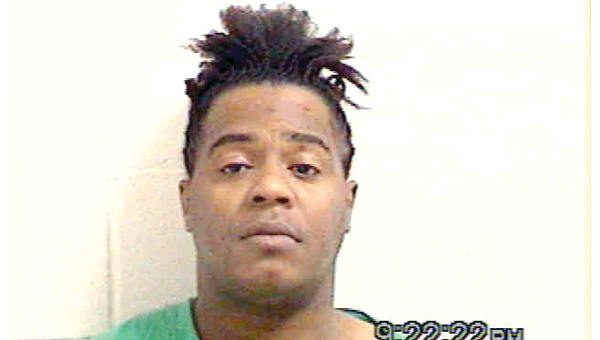 A Bainbridge man has been charged with three counts of burglary in connection with a string of break-ins discovered by police along Shotwell Street on Jan. 21.

Reco McGriff Cochran, 32, of 1714 S. West St., Bainbridge, was arrested last Sunday morning in the parking lot of a Scott Street business on suspicion of burglary. He was also charged with a bench warrant for failure to appear and giving false information to an officer.

Around 8:14 a.m. Friday, Alan Giles, who owns a portable building business and car wash at 826 Shotwell St., reported that someone had thrown a rock through his office window. Nothing appeared to be taken, however, after Investigator Mark Esquivel looked at surveillance video, a man was seen walking between the car wash and a daycare building next door at 830 E. Shotwell St.

Employees of the daycare called police Friday morning to report it also been broken into; a few items were missing, although nothing of significant value.

After Golden Beauty Supply opened, its owner reported a case of quarters were stolen. Someone had unsuccessfully tried to break into the store’s cash register. Sgt. Marvin Knight observed a shoe print on the store’s rear door and a roll of coins lying by the same door.

Sgt. Knight contacted nearby businesses to see if any of their employees might have seen anything suspicious. A Winn-Dixie manager later reported that a man came into the store when it opened at 7 a.m. Friday morning and cashed $432.50 worth of coins using the store’s Coinstar machine.

Esquivel, who had been working on all three break-ins, noticed that the man shown cashing in the coins on the Winn-Dixie video appeared to be the same person on the video taken at the car wash.

BPS officers kept a lookout for the suspect all day Friday but couldn’t find him. Then on Saturday morning, police were tipped off that the man they were looking for—later identified as Cochran—was walking along Scott Street, Esquivel said.