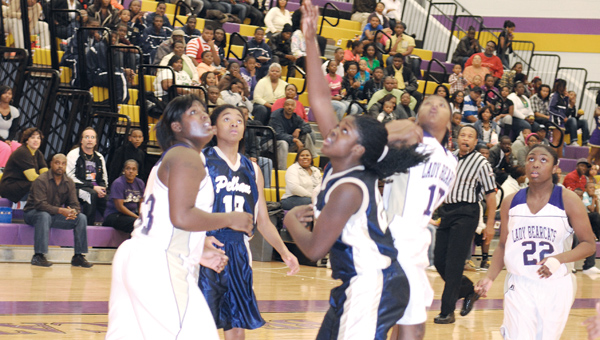 Thomas led the way with a game high 28 points. She was followed by Harris with 14 and Jackson with 13.

The win improved the Lady Cats season record to 11-5. They will host the Cairo High School Syrupmaids today at 6 p.m.

“April Thomas had her usual strong effort Tuesday night and Bria Harris also did a good job,” she said. “Opposing teams have a difficult time dealing with April’s quickness. She leads our fast break and gets up and down the court really well.”

The Lady Cats led 18-6 at the end of the first quarter and went to halftime out front 33-18 after outscoring the Lady Red Devils 15-12 in the second quarter.

Behind Thomas, Harris and Jackson in the Lady Cats’ scoring column Tuesday night were DeDe Cooper with four, DeDe Sparrow with three, and Briana Wade and Candace Perkins with two apiece.