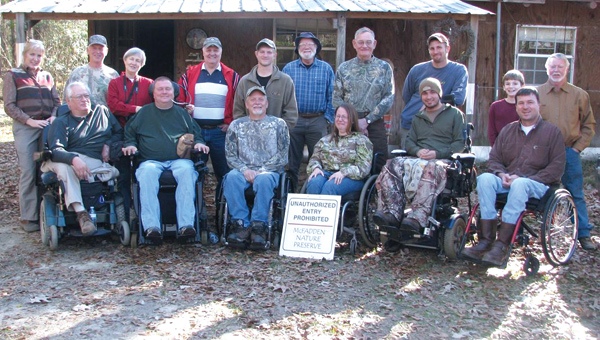 Raymond Wilson, hunting coordinator, facilitated the 2011 Hunt-on-Wheels. The Hunters are members of Southern Disabled Outdoors and came from towns throughout Georgia.

Four deer were shot and many more were sighted. Some deer this year will be processed into hamburger, chopped steak and tenderloin and donated to Children and Family Services and others in need.

Ten years ago, Pat McFadden facilitated the property’s first Hunt-on-Wheels to help manage the deer population at the McFadden Nature Preserve. His vision for an educational and enjoyable preservation of Georgia’s natural environment, in our community, continues.