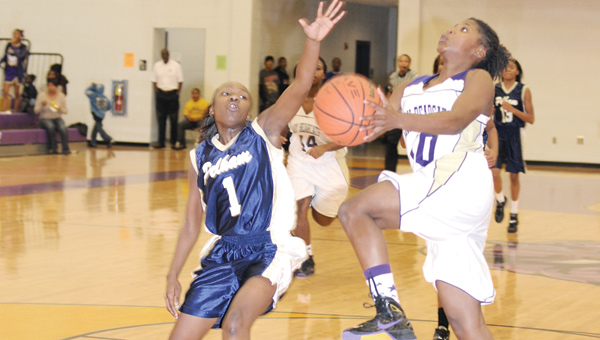 The win improved the Lady Cats season record to 10-5.

They will host the Cairo High School Syrupmaids Saturday at 6 p.m.

Thomas sealed the victory down the stretch with four free throws and a three-pointer. They led by just three, at 49-46, when she hit a three-point jumper from the right side to move the lead out to 52-46.

Two free throws by Harris at the 24-second mark made it 57-49, and the Lady Hornets TaShaunery Reese’s jumper in the lane with 12 seconds remaining cut it to 57-51. 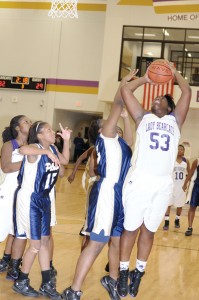 Harris then laid one in off the right glass to conclude the scoring.

“April Thomas not only had an outstanding shooting night,” she said. “She also led our fast break. Her speed and quickness are really a great asset.”

Behind Thomas in the Lady Cats’ scoring chart Saturday night were Harris with 12 and Brianna Wade with seven.