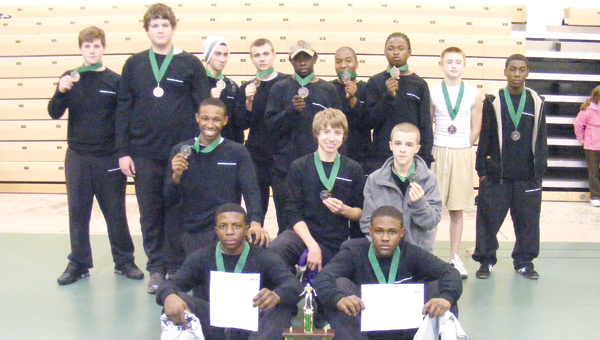 It was an all day event with competition beginning at 10:45 a.m. and concluding at 9 p.m.

In the first round of competition, 24 of BMS’ 28 wrestlers moved on to put themselves in a great winners’ bracket position.

“I was proud of our wrestlers’ efforts,” Coach Smith said. “We finished fourth for a second consecutive year behind only River Springs, Suwannee and Lake City. We finished ahead of Georgia schools Cairo and Lee County.”