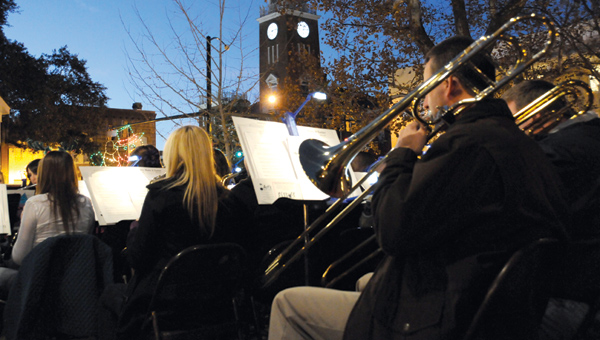 James Sewell playing the trombone is among those in the band that played Friday evening.

The weather outside was just right Friday evening—Christmas Eve—as Willis Park filled up with carolers singing behind the Bainbridge Community Band and Leigh Mullis. The approximately 80-piece community band played on the lawn as carolers circled the pond. Mullis sang from the Gazebo. 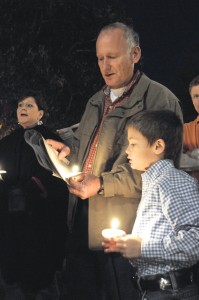 David Sellers and his son, 8-year-old Daniel Sellers, share a songbook as candlelight reflects on them.