The Festival of St. John the Apostle held at St. Johns Episcopal Church was a big success, said Interim Rector The Rev. June Johnson. Instead of holding such a bazaar, the church expanded its event with a soap-making demonstration by Johnette Whisner Weiss, who makes soap and sells under the name Flint River Soap; and had dancing by Lucretia’s School of Dance. 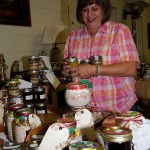 The event also had items for sale as Debbie Smith holds an armful of items she was purchasing. 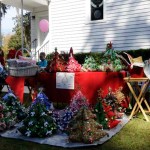 Frances Pate displays Christmas tree tabletops and other items she has made and was selling.

On one of the coldest mornings of the year, Sue Steiner, a volunteer with the Decatur County Family Connection, was... read more