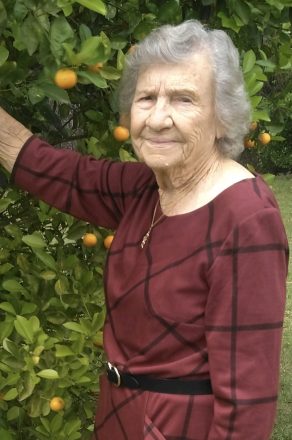 The family will receive friends from 5:30 until 7:30 p.m. on Monday, January 23, 2023, at Bryant Funeral Home. Online visitors may sign the guest register at www.bryantfuneralga.com. In lieu of flowers, memorial donations may be made to Spring Creek Baptist Church Mission Fund, 2635 Highway 253, Donalsonville, GA 39845.

Theresa Morgan was born December 2, 1936, in Boyle, Miss., the daughter of Ira & Juanita Collins Morgan. She was a graduate of Boyle High School and later earned a degree in education from Delta State University.  She married Harry Tyson Bell, Sr. in 1956, and twenty or so years later they moved to Southwest Georgia. Theresa retired from Decatur County Schools. She was a member of Spring Creek Baptist Church.

Thirty-two years of a no-nonsense approach gave Theresa a lengthy list of lives she touched from Oaks Academy, Hutto Jr. High School, and Bainbridge Middle School. She loved her students and spent every day teaching them the ways of the world. In her off time, puzzles and fishing filled her days. Theresa’s favorite gathering involved cooking and eating fish.