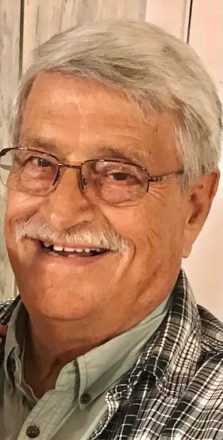 The family will receive friends from 6:00 until 7:00 p.m. on Friday, January 20, 2023, at Bryant Funeral Home Chapel. Online visitors may sign the guest register at www.bryantfuneralga.com. Memorial donations may be made to New Fountainhead Church, C/O Pastor Allen Griffin, 3907 Lake Douglas Road, Climax, GA 39834.

James Edward Griffin was born October 16, 1945, in Hazelhurst, Ga., the son of Arlie & Helen Dixon Griffin. He was a graduate of Jeff Davis High School. Ed proudly served his country in the United States Army, stationed at Ft. Bragg. He married Doris Simmons, and they spent the better part of the last fifty years in Decatur County. Ed retired from Amoco Fabrics & Fibers and Sharber Oil Co. He was a member at New Fountainhead Church.

Ed worked all his life from farming as a child to years with Amoco Fabrics & Fibers and later at Sharber Gulf Oil. He was trusting and loyal, willing to give you the shirt off his back if you needed (or wanted) it. Ed was a man of few words but like EF Hutton, when he spoke everyone listened. He owned all sorts of gadgets, especially flashlights of all descriptions, and would play around with any new one you found. The good news was if you broke it, he could fix it. He had a tremendous sense of humor and loved the Lord with all his heart. Ed took seriously his commitment as the head of household and let each family member know how important and loved they were. “Miss Doris” was more than his helpmate; she was his everything.