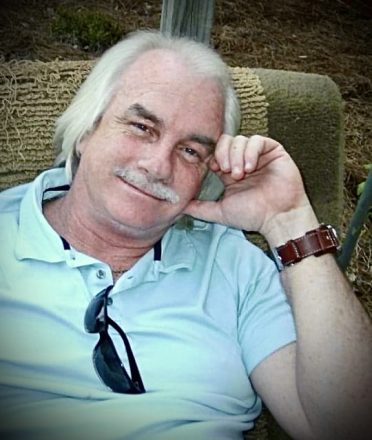 The funeral service will be held at 11:00 a.m. on Tuesday, January 17, 2023, at Bryant Funeral Home Chapel with Rev. Chris Humphries officiating.  Interment will follow at Oak City Cemetery.

The family will receive friends immediately following the service. Online visitors may sign the guest register at www.bryantfuneralga.com. Memorial donations may be made to Bainbridge-Decatur County Humane Society, 1250 Cox Avenue, Bainbridge, GA 39819.

Charles Allen Wells was born April 6, 1960, in Bainbridge, Ga., the son of F.E. “Jimmy” and Mattie Lou Sellars Wells. He was a graduate of Bainbridge Christian School. Chuck married Natasha Giovengo in 1980, and they made their home in Bainbridge. He owned Oak City Auto Sales and was Baptist by faith.

Definitely a “car man”, Chuck loved everything about cars…NASCAR, classic cars, car customers, and deals on cars. He kept up with the news and didn’t miss reading his local newspapers. Those who knew him well would call him for updates on the happenings and, of course, the latest scores and statistics on his favorite teams, the Falcons and the Braves. Known as the animal whisperer, Chuck had a soft spot for all animals and could talk a stray cat into eating from his hand in no time. Chuck enjoyed hunting, fishing, and exploring Lake Seminole which he considered a “sportsman’s paradise”. Family was always priority with the grandchildren at the top of the list.

Survivors include his wife of 42 years, Natasha G. Wells; his daughter, Natalie Godwin of Donalsonville; his grandchildren, Peyton & Shawn, Shauna & Patrick, and Spencer & Kayla; his great-grandchildren, Zane, Owen, Asher, Maura Kate, and Colt McCoy; his sisters, Sandra Heath and Sheila Edwards (Johnny); his many nieces & nephews; and a large extended family including his cats. In addition to his parents, Chuck was preceded in death by his brother, Don Wells.