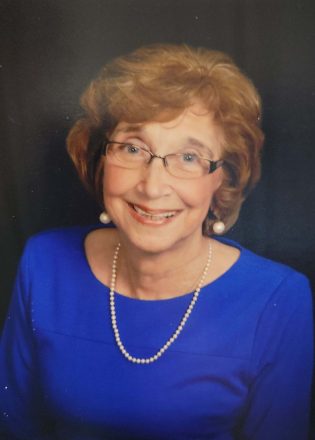 The family will receive friends immediately following the service. Online visitors may sign the guest register at www.bryantfuneralga.com. Memorial donations may be made to Friends Ministries, PO Box 513, Bainbridge, GA 39818.

Lucretia Ann Trolinger was born April 25, 1938, in Bainbridge, Ga., the daughter of Hillman Trolinger and Eunice Barber Trolinger. She was a graduate of Bainbridge High School, Class of 1956, where she cheered under the Friday night lights. She studied dance in New York City and attended Chipola College. In 1957 Lucretia married the love of her life, Bill Oswald, and opened her first dance studio. She was a member at First Baptist Church Bainbridge for many years and later at Quincy First Baptist.

A legend in her own right, Lucretia forged a path when women were mostly homemakers. Her first dance studio was in the garage where she swapped goods (vegetables) and services (manicures) for lessons. Her love for dance began when she was seven years old. In the last few years, she shied away from doing splits, (only after a hernia) but never stopped performing the “tricky leg” and shuffle ball change.

Lucretia’s stubborn streak was evident to most anyone she spent a few minutes with. The story is told she went to New York City with plans to be a Rockette. Her small stature required a little “embellishment” to meet the height requirements. She was caught with platforms in her shoes and not allowed to try out at 5’5”.

This obstacle didn’t even cause Lu to pump the breaks. She danced her way through life, and Lucretia’s School of Dance will celebrate 65 years this year. Her faith was steadfast and never wavered. She believed she was called to love generations of dancers and develop in them a love for the arts.

The studio was her life and brought life to many in our community. Lucretia was the rock for friends and family and openly shared her faith. As a creature of habit, the girls could tell you exactly what she was doing on Tuesday at a given time even if they were a million miles away. Lu enjoyed singing, playing the piano, and relaxing with a glass of wine on the beach at sunrise or sunset. She believed this was God’s gift of art to those willing to take a moment and enjoy.

Dressed to the nines for every occasion, including holding up a trip to the hospital in an emergency so she could get her face on, Lu always appeared as if she was stepping from the pages of a magazine. She was quick to point out forgotten jewelry, lack of lipstick, and would ask “Where’s your wrap?” Certainly, this small-town superstar left an indelible mark on the hearts of those she encountered.