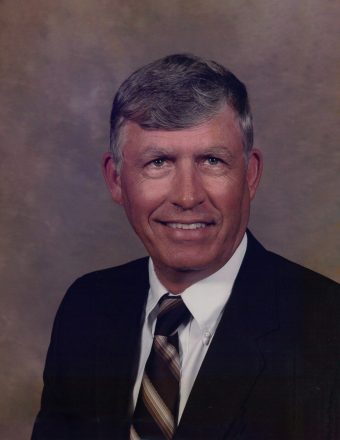 James Orlan Hines was born October 20, 1937, in Streator, Illinois to Everett Claude Hines and Martha Knehans Hines. He died on January 5, 2023, at 85 years old. He moved to Bainbridge when he was 7 years old, he graduated from Bainbridge High School where he served as President of the student body. He was also a graduate of Georgia Tech.

A graveside service will be held on Saturday, January 7, 2023 beginning at 10:00 a.m. at Oak City Cemetery with Reverend Stephen Webb officiating. The family will receive friends immediately following the service at the cemetery.

His working life was spent with the company that was Attapulgus Clay Company, then Engelhard Corporation, then BASF. His final position was plant manager.

He was a Scoutmaster of Boy Scout Troop 502 where he served for many years with Edgar Priest and Mayo Livingston. He was extremely proud of the boys who were in the program and the large number who became Eagle Scouts under their leadership.

He served Bainbridge and Decatur County for several years as Chairman of the Industrial Development Authority.

His hobbies and interests were varied: he was an avid fisherman, both freshwater and saltwater, and spent many happy hours on the Flint River and the Gulf of Mexico. He was an accomplished photographer and astronomer, and an amateur geologist, weather expert, and fossil collector.

He had a wonderful sense of humor and liked nothing more than making his much-beloved family and many friends laugh.

In lieu of flowers, donations may be made to Boy Scouts Troop 502 c/o Billy Walker 600 W. Shotwell Street, Bainbridge, Georgia 39819.