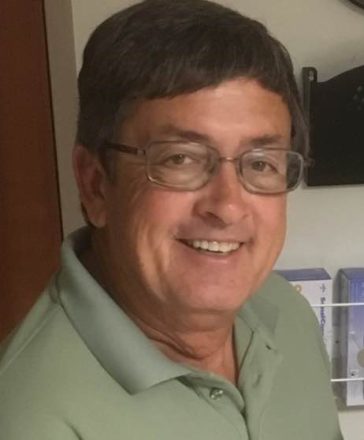 The family will receive friends from 7:00 until 8:00 p.m. on Saturday, January 7, 2023, at Bryant Funeral Home. Online visitors may sign the guest register at www.bryantfuneralga.com. Chuck was the president of Cedar Grove Cemetery in Climax and that was very important to him. In Lieu of flowers, donations can be made to Cedar Grove in Chuck’s name: Cedar Grove Cemetery Fund, C/O Jimmy Weaver, 1404 Antioch Church Road, Climax, GA 39834.

Chuck was born on a military base in El Paso, TX, on June 22, 1957.  He was raised on various military installations by Paul and Bonnie Maloy with his three siblings.  A true military “brat” every few years they packed it up and headed to the next assignment in places ranging from Texas, Colorado, Louisiana, Nebraska, and finally Ga.  Georgia would become home. Texas was his second home and home to many of his closest and most beloved family.  When Paul retired from the service they landed back in his hometown of Climax, Ga., and Chuck joined them following his four-year enlistment in the USAF.

He met his wife Donna bought a home and started a family in Whigham.  He spent the beginning of his working career at Amoco, and then decided to follow his childhood dreams of driving a big rig.  He hauled over the road for years but ultimately worked back towards the goal of being at home more with his family and eventually landed at Sharber Oil where he worked the last 12 years.  During the course of this time, Chuck was also a servant to his community completing over 20 plus years as a volunteer firefighter. He responded to countless vehicle accidents and structure fires coming to the aid of those in need.

Chuck was a great friend, loving husband, son, father, grandfather, and brother. He loved spending time with his children and grandchildren outdoors, storm chasing with his daughter, Lacey, hunting and spending time in the family woods with his son, Ryan, and taking his four grandchildren for golf cart rides to the pond. He would give you the shirt off his back if you needed it. He was loved and admired by all, and his legacy will live on.

Survivors include his wife of 39 years, Donna Howell Maloy; his children, Ryan & Marissa Maloy of Thomasville, and Lacey & Levi Crawford of Cairo, Ga.; his grandchildren, Annaca & Everett Maloy and Layden & Lincoln Crawford; his mother, Bonnie Maloy; and his siblings, Bruce Maloy of Omaha, NE, Dennis & Lauri Maloy also of Omaha, Neb., and Paula & Greg Hurt of Climax. Chuck was preceded in death by his father and his brother, Paul Maloy, Jr.