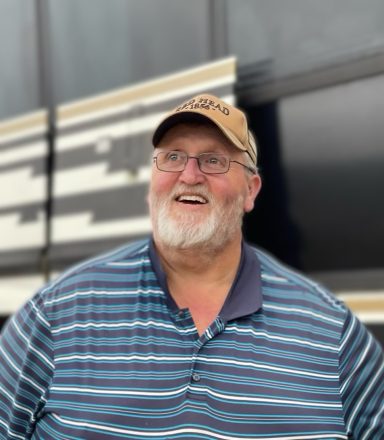 The last ride will leave DK Diesel & Tire promptly at 10:00 a.m. on Friday, January 6, 2023. The memorial service will be held at 11:00 a.m. at DK Diesel & Tire with Pastor Glen Elmore and Pastor Vic Stuart officiating.

The family will receive friends immediately following the service. Online visitors may sign the guest register at www.bryantfuneralga.com. Memorial donations may be made to New Life at Lake Seminole Church of God, 2164 GA-253, Donalsonville, GA 39845.

Wayne Freeman was born December 9, 1960, in Donalsonville, Ga., the son of Delbert & Shirley Sims Freeman. He worked as a truck driver for DK Trucking & Logging. Wayne was Pentecostal by faith.

Described as a hard-working family man, Wayne was willing to lend a hand to others. He never met a stranger and could related to most anyone. He enjoyed growing peppers and always seemed to have some to share. Wayne loved to cook especially when family gathered. His truck was his baby, and he took care to customize every inch. The grands brought him so much joy that “no” was deleted from his vocabulary where they were concerned. Wayne’s smile was unforgettable and served as evidence of a man filled with love for his family and friends.