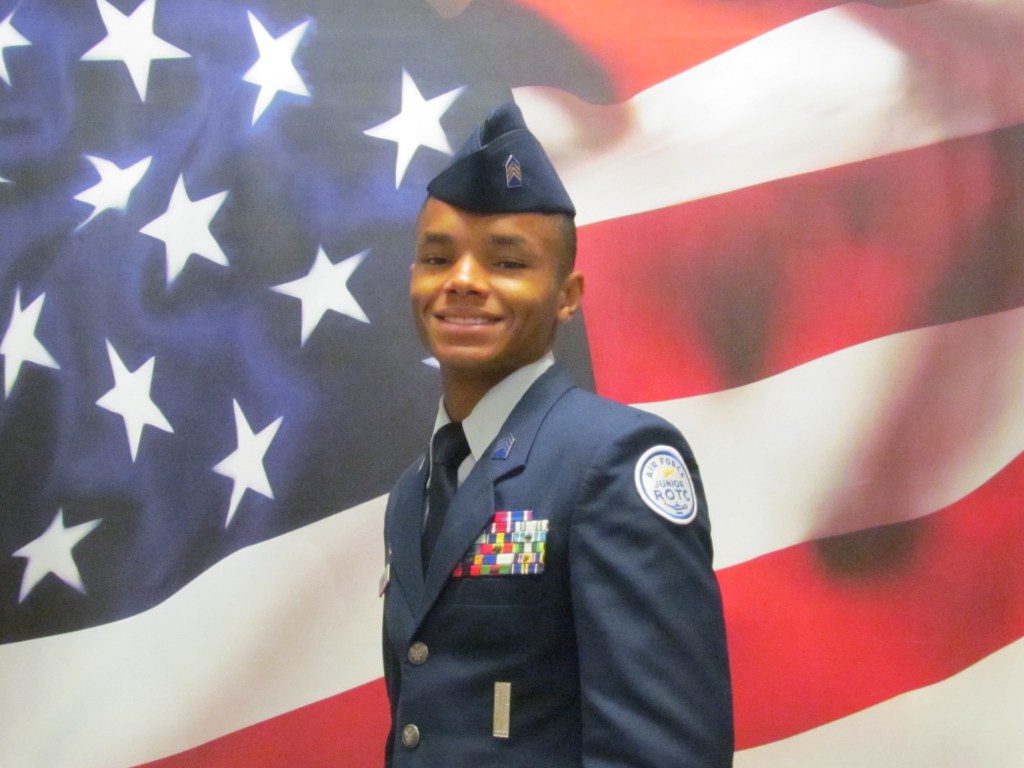 JROTC Cadet Captain Malcolm Spann and Cadet Thomas Spooner are just “kids” by some definitions. But whereas many of their peers are just beginning to figure out what’s next in life, the ground rush of High School graduation doesn’t scare these young men in the slightest.

According to Scott A. Morehouse, SMSgt, USAF (Ret) and AFJROTC Aerospace Science Instructor, for his two students, the sky’s the limit. Literally. 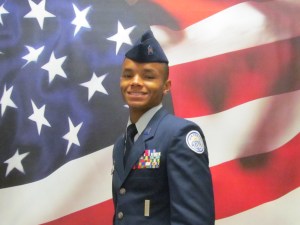 Cadet Captain Malcolm Spann was selected to attend the Air Force JROTC Flight Academy this summer. This scholarship is highly competitive, and only 200 cadets across the US and overseas are ultimately offered a spot in the program. Flight Academy is an approximately 8-week summer aviation training program at partnering universities nationwide. After completing the program, students are awarded a Private Pilot’s Certification, encouraging high school youth toward aviation careers. The scholarship program is a collaborative effort between the aerospace industry and the Air Force to address a national pilot shortage. Currently, Boeing predicts an annual need to hire 6,000 civilian pilots a year for the next 20 years.

Spann hasn’t always dreamt of flying for The Air Force, “I always liked to play sports. I thought sports would be my way out. But when I got into ROTC and started looking at what was available to me, I realized there were bigger, even better things out there; you might want to say,” he said with a laugh. And according to Sgt. Morehouse, Spann is the kind of kid who can do it all, “If there’s something he can’t do, we haven’t found yet!” But despite such glowing praise, Spann’s humility is very evident. “When I learned about the pilot scholarship, I knew I wanted to try it,” he said, “I already liked to look at planes and stuff when I was younger. So I guess that’s maybe why I connected with it.” The scholarship covers all the associated costs with the program and living expenses, estimated to be around $22k. If selected, cadets have no obligation to continue their relationship with The Air Force post-graduation.

Despite both students’ enthusiasm, the program is anything but a fun summer camp, which Cadet Thomas Spooner attested to after completing the program last year. “Our daily schedule was usually pretty packed because you’re not just learning how to fly,” Spooner said. “How private pilot training works typically is you take about 16 weeks of ground training. You take an exam for that, and then you go into flying. But they took all 32 weeks and shoved it into seven weeks,” he continued. While only some cadets successfully made it through the summer program last year, Spooner was awarded his license and has now set his sights on an even bigger prize. 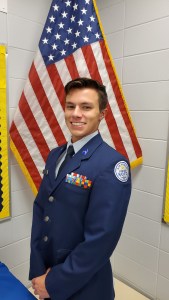 The J-100 AFJROTC Character-in-Leadership Scholarship program provides 100 cadets a full scholarship with benefits for four years of 100% paid tuition at any university, or crosstown partner, with an AFROTC detachment. Additionally, successful candidates are awarded a $10,000 per-year allowance for university-owned/on-campus housing, an annual book stipend, and a monthly cadet stipend.

If Spooner successfully accepts the scholarship, he must meet all AFROTC requirements and pursue an officer commission.

The J-100 scholarship program focuses on character, leadership, citizenship, and diversity, inspiring future leaders to seek careers in the US Air Force and Space Force.

The application process is arduous, with numerous essays, and even a congressional interview and endorsement are required for applicants to move on. Still, last summer’s Flight Academy helped Spooner develop the confidence and grit necessary to make it to the final stages of selection. “Flight Academy tests your mental strength and your mental endurance. Because that was that was about the only time in my life where every time I had more than five minutes of free time, I had a book in my hand and I was reading and studying,” he said. “There’s a written exam consisting of 60 multiple choice questions from a study guide of over 1200 questions. You have to pass it before you take your final exam to get your license, normally during the summer program people take it about five weeks in, I took it after three weeks and was able to pass it.”

While the process is challenging for applicants, it is also time-consuming for staff. Still, Morehouse and his colleagues have been devoted to helping these students be the best candidates for the programs possible. “I couldn’t be more proud of these guys,” Morehouse said, “They’re strong, academically strong, physically, strong, they’re mature. I couldn’t be more proud of their accomplishments. There’s no doubt in my mind, these guys are top notch and they’ll go wherever they want to go.”

“Something I’ve really learned over the past several years is to never doubt your abilities,” Spooner said, looking over at his teacher. “If you doubt yourself, then you’re gonna fail. I’ve learned to never be afraid of failure. Failure is just a building block and just one step forward in the staircase of life. I believe so many people are afraid of failure that they never step forward in life because they don’t want to fail that first time, but that’s where all the growth happens; in failure. If you see an opportunity, even if it’s sky high, you still need to shoot for it.” 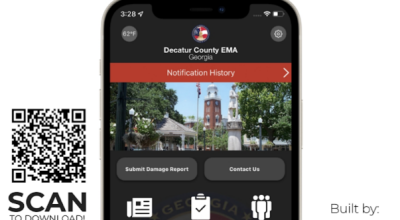