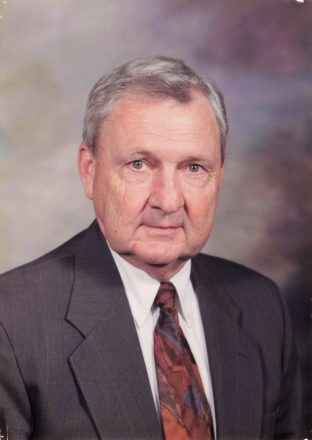 He graduated Jefferson High School class of 1954 where he met the love of his life, Linda Hale. Marvin played basketball, football and baseball and Linda was a cheerleader. After high school, Marvin joined the Army and went to Korea to serve his country as a member of the Army Security Agency. When he returned, he asked Linda to marry him. They were married by a Justice of the Peace in nearby South Carolina on May 31, 1958. Linda was 18 and Marvin was 21. They were married for 64 years at the time of Linda’s death in September 2022.

Marvin was preceded in death by his parents Coy and Mittie Hall of Jefferson, Ga. and wife, Linda Jane Hall of Bainbridge, Ga.

In March of 1985 when his first grandchildren were born, Marvin was affectionately named “Pawpaw” and went by that name ever since. He completed his BBA degree at Georgia State University after returning from the army while working full time with a family. Marvin lived in North Georgia until 1977 when he moved to Bainbridge as the District Manager for Georgia Power Company for which he served until he retired in 1994. He was a member and past President of the Bainbridge Rotary Club. He was Chairman of the Committee of 100 for Industry. He served as President of The Chamber of Commerce and as an active member serving on several committees. He also served on the Bainbridge College Foundation Board, the Bainbridge Public Library Board, and numerous other committees. The legacy he leaves behind is one of love for his family and dedication to his community at large.

He was a member of Bainbridge First Baptist Church and served as Chairman of the deacons. He was also a member of the Penny/Lambert Sunday School class and a charter member of the men’s Tuesday morning prayer breakfast.

After a long battle with Alzheimer’s disease, Marvin died resting comfortably at home.

The family would like to thank his caregivers and the staff of Agape Hospice for their compassion and support during Mr. Hall’s life.

Flowers will be accepted or those that desire may memorial donations to First Baptist Church of Bainbridge or the Alzheimer’s Association at www.alz.org.