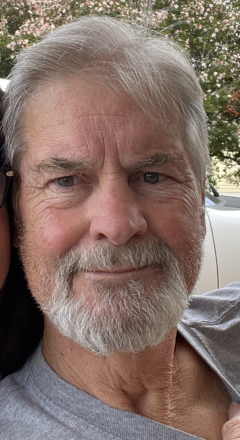 The family will receive friends immediately following the service. Online visitors may sign the guest register at www.bryantfuneralga.com. Memorial donations may be made to Faith Community Church, 1998 Tallahassee Highway, Bainbridge, GA 39819.

Dean Alan Murkerson was born September 25, 1951, in Bainbridge, Ga., the son of Norman & Mavis Murkerson. He was a graduate of Bainbridge High School, Class of 1969, and proudly served his country in the United States Air Force. Al married Melynda Bolden in July of 1975 and began his career as Chief Maintenance Officer of Murkerson Dance Academy. He was a member of Calvary Baptist Church.

No doubt Al loved the outdoors. He enjoyed golf and tennis almost as much as hunting and fishing. His social media is filled with “Catch of the Day” posts and a smile that indicates it might be a partner’s fish for the photo op. Time was valuable, and Al spent every moment making the most of today. On parade day, he did all the jobs including pulling the trailer for the studio. Observers realized there were as many people waving to Al as there were watching the dancers & gymnasts. “Big Al” always seemed to be the calm in the storm and somehow devised a plan to fix whatever was going haywire at the time. He was fiercely loyal, honest, and loved big. Al devoted his efforts, time, and love to be the best employee, friend, and connector of people across many phases of life. If Al chose you to be in his circle, you could consider yourself very special.