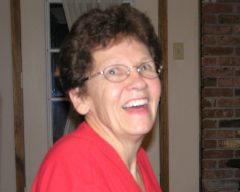 Helen Larayne Stinson Cunningham, age 84, formerly of Bainbridge, Ga., went to be with her Lord on Monday, December 5, 2022. She was born on August 11, 1938, the daughter of Aubrey Ray and Bessie May Wills Stinson.

Rainnie was married to her husband, John H. Cunningham, in September 1963. After their marriage, she worked as a salesperson for a fruit farm, and later as the secretary for a large Baptist Church.

In their 59 plus years of marriage, Rainnie was a constant companion, advisor, counselor, friend, and help mate to her husband, John. She was a mother to two children, and three step children.