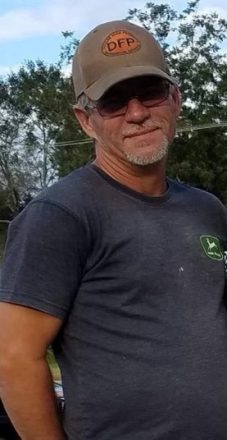 Eddie Lee Alday was born December 13, 1966, in Tampa, Fla., the son of Luther & Mary Diane Martin Alday. He lived in Southwest Georgia most of his life and was a Christian by faith.

Driving a truck was not just what “Lightnin” did every day, it is what he loved. He shared this love of big trucks and hauling cows with his son. On the off chance there wasn’t a load to haul, Eddie was fishing somewhere when weather permitted. He drove a hard bargain, and was sometimes a tad stubborn, but loved with his whole heart.

Survivors include his son, Toby Alday and his wife, Courtney of Bainbridge; his grandchildren, Kinsleigh & Wrenlee; his mother & step-father, Mary & JB Brock of Cairo; and his sister, Teresa Alday, also of Cairo. Eddie Lee was preceded in death by his father; his son, Christopher Alday; and his sister, Patricia Massey.