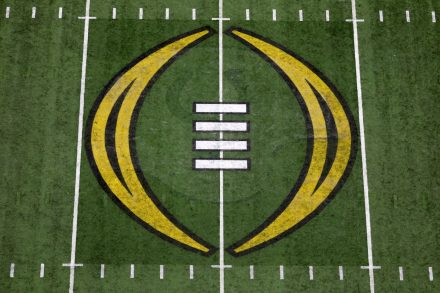 As the holiday season begins to take stage so does the most crucial few weekends of the college football season, beginning with Championship weekend. This weekend features Conference Championship matchups that many of which hold College Football Playoff implications.

Let’s start with the SEC Championship matchup where the LSU Tigers will travel to Atlanta to take on the Georgia Bulldogs in Mercedes Benz Stadium. Two weeks ago, this game felt like LSU’s chance to impress the nation and sneak into a top four playoff spot with a win, but after last week’s disappointing upset to Texas A&M, the Tigers no longer have that opportunity.

Granted an SEC Championship and knocking off the number one team in the nation would be nothing short of an incredible season, I do not see that happening. Georgia has cruised to an undefeated season in 2022 and is everyone’s pick to win another National Championship, and rightfully so.

The Bulldogs have loads of talent, experience and coaching and have shown it throughout the season. Yes, they came out slow against Missouri on the road in October, but with impressive wins against a 10 win Tennessee team along with blowouts of Oregon, South Carolina and Florida, the Bulldogs deserve that number one spot.

A loss would definitely raise some eyebrows but I think even with a loss the Bulldogs still make it into the CFP.

Moving along to my favorite and most interesting matchup of the week and that is the Pac 12 Championship where the USC Trojans will take on Utah. USC’s only loss of the season came against Utah earlier in the season in a shootout where both teams combined for over 80 points. USC has revenge on their mind and they are starting to click at the right time.

Head Coach Lincoln Riley has turned the program around in a year and it starts with quarterback Caleb Williams. Joining Riley from Oklahoma, Williams has had an impressive 2022 season and is a Heisman candidate. Williams has tossed for over 3400 yards this season and 34 touchdowns which is top five among all quarterbacks.

USC also has excellent playmakers in former Biletnikoff award winner Jordan Addison and Mario Williams. The USC defense still has some question marks but with back to back wins against ranked opponents UCLA and Notre Dame, USC is among college football’s elite.

Expect a lot of points in Saturday’s matchup but I think USC just has too much star power and coaching to lose. A USC loss would shake up the CFP top four and make way for a team like Ohio State or Alabama to sneak in and make some noise.

Another interesting matchup this coming weekend is the number three team in the nation TCU as they matchup against Kansas State. TCU comes into championship weekend undefeated and feels that they deserve to be mentioned among the powerhouses like Georgia and Michigan.

However, I think TCU could very well be upset on Saturday and lose their CFP top four spot. Yes, TCU has gone undefeated but they aren’t rolling over Big 12 opponents. TCU narrowly escaped West Virginia, looked sloppy in a 17-10 game against Texas, allowed 31 to Kansas after they lost their starting quarterback, and beat Baylor on a last second field goal.

If TCU wants to make a statement to the CFP committee and the entire nation, they need to blowout Kansas State. Not just win, but win by a decent margin. A loss would significantly drop them down in the rankings and would allow a team like Ohio State, Alabama or even Tennessee to campaign for a CFP spot.

The last matchup of the weekend is the Big 10 Championship where the undefeated Michigan Wolverines will take on Purdue. Michigan impressed the whole world last weekend when they went into a hostile environment at Ohio State and knocked off their rivals 45-23 with an offensive explosion.

Despite a heavy rushing attack all season, quarterback JJ Mccarthy really came into his own and made some impressive throws, multiple over 40 plus yards. Coming off of a big win can be hard for some teams but I think Michigan will cruise past Purdue and secure a playoff spot for the second year in a row.

This weekend will either solidify the CFP top four, or cause extreme chaos with upset losses. Either way, college football fans are in for an exciting weekend.