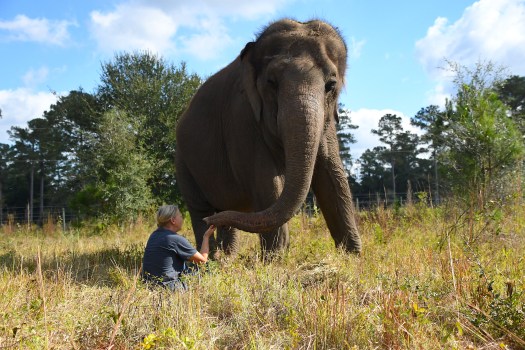 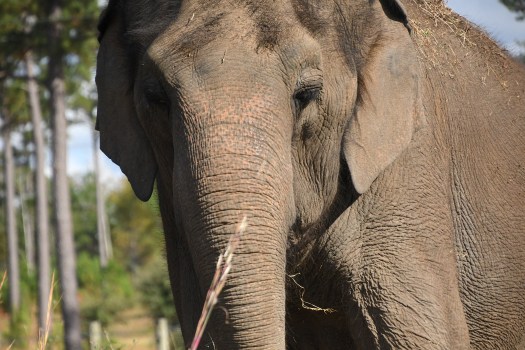 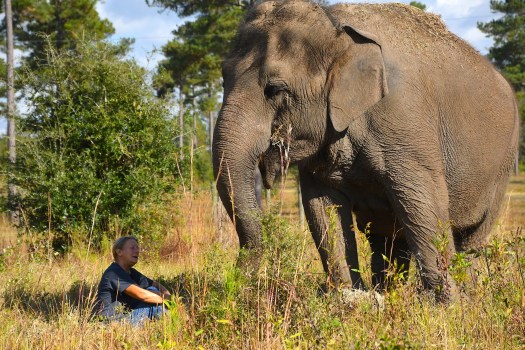 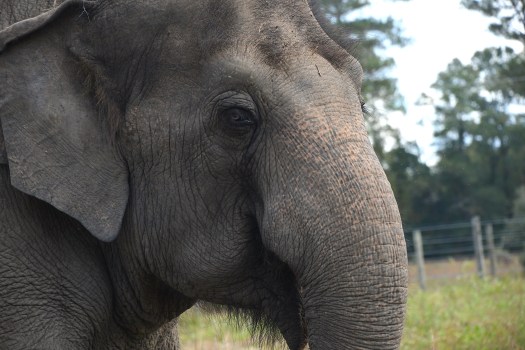 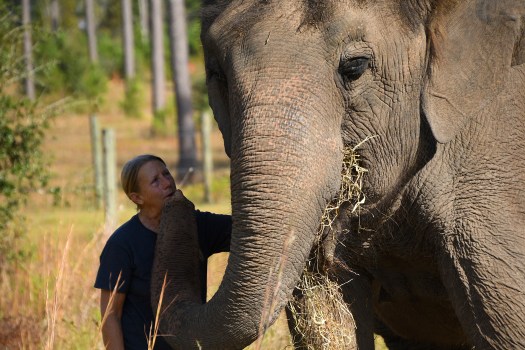 Buckley and Tarra first met in 1975, when Buckley was studying exotic animal management in college. Tarra, then named Fluffy, was less than a year old, having recently been imported from Myanmar to southern California.

“The way that I met Tarra was, I was enrolled in an exotic animal training school, and I was actually in my rental house doing homework,” Buckley fondly recalled. “And my dog, I had a German shepherd, she started barking, and I looked up out the window, and there was a baby elephant being walked down the road. That’s how I met her.”

Buckley immediately began working with Tarra, who had been imported by the owner of a tire dealership. “I volunteered for him, so I volunteered and took care of Tarra from the first day I met her,” she said. After a little over a year of working with and training Tarra, Buckley managed to book Tarra and herself as a performing act at Marriott’s Great America, then a new theme park in Santa Clara, California. “So we worked there for the summer, and then they wanted to keep us another year, and so it was at that time that my boss and Tarra’s owner agreed to sell her.”

Buckley ultimately purchased Tarra for $25,000, a much more significant amount at the time than it is today. The duo would travel around for several years, performing in both circuses and movies, but after only a few years, life on the road took its toll. “Then we started doing zoo, and when I say ‘Doing zoo’, I would book Tarra and I into zoos in the summertime to do elephant rides,” she said. “Then that evolved into actually hiring on in zoos as the elephant caretaker, Tarra and I both. So there’d be other elephants, so Tarra could be with other elephants.”

But this stint of zoo hopping was a personal search for Buckley. “In that, I was searching for a really good place for Tarra to live her life out with me,” she said. “And I, young and naïve, really thought the place existed. So I kind of went through circus, and went through zoo, realizing what I envisioned for elephants, didn’t yet exist. So I said, ‘You know what, I guess we’re gonna have to make this our self.”

Buckley purchased 113 acres in Tennessee, and retired the now 21-year old Tarra to what ultimately became The Elephant Sanctuary in Tennessee.

Unfortunately, differences arose between Buckley and the rest of the Sanctuary board. Now, Tarra, who had already been trained by and raised around people, was, according to Buckley, being forced to go through rigid protected contact training, as well as experimental drug treatments. Tarra was reported as responding negatively to this change in treatment, becoming aggressive, while Buckley, one of the Sanctuary’s founding members and former CEO, found herself losing both visitation rights to Tarra and say over her care. Buckley states the reason for her removal from her position at the Sanctuary was never disclosed, and that they continued to change their management philosophy after her departure.

This set off a decade-long court battle for ownership of Tarra, with Buckley arguing Tarra’s physical and psychological health was not being properly considered, while the Sanctuary argued Buckley was unsuitable to care for her. “The whole explanation, I sound like a disgruntled person,” she said. “I’m not, I’m an overprotective mother!” she laughed.

Ultimately, the courts sided with Buckley. Tarra, now 48 years old, enjoys her retirement in the woods and fields of Attapulgus, reunited with her adoptive mother, as well as canine companions Mala and Sammy, and Bo, a 35 year-old castrated bull Asian elephant. She and Bo have a whole elephant barn to themselves, receive laser therapy for their aging joints, and get to enjoy jackfruit treats, a fruit native to their Asian homeland.