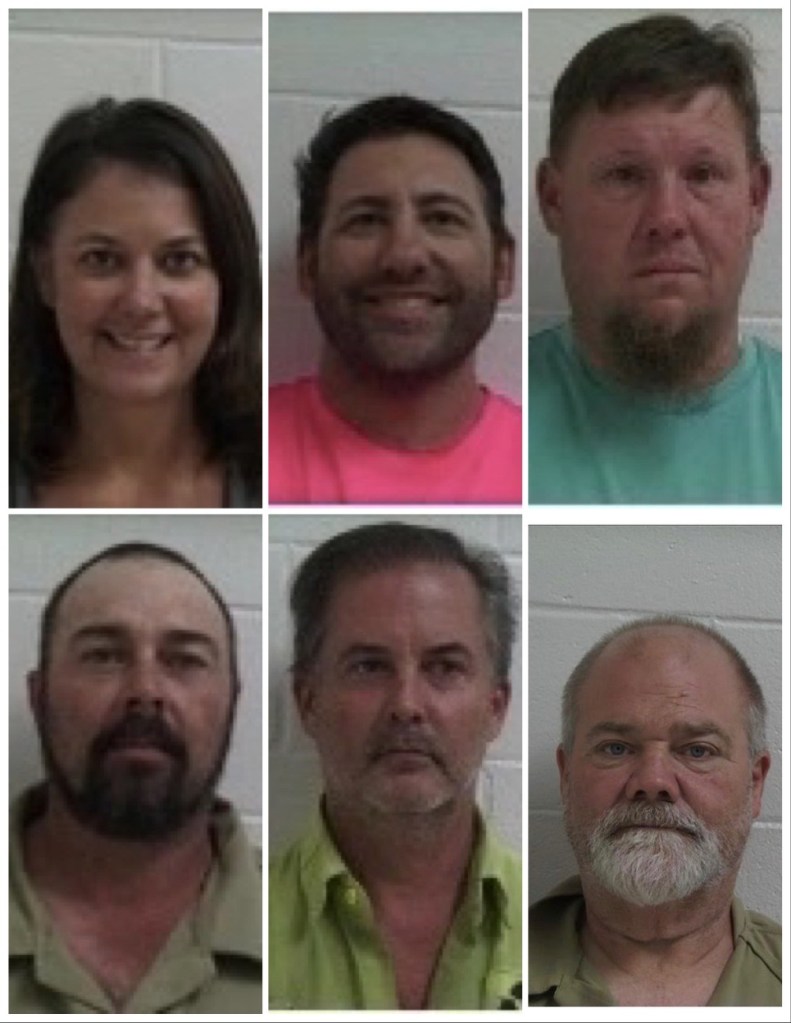 Superior Court Judge Heather Lanier issued bench warrants for their arrests and previously denied bond requests. Garret Smith and Stacy Smith’s second motion for bond was heard and approved today. The Judge set the bond at $65,000 each and included several additional conditions, including prohibiting the defendants’ ability to leave the state of Georgia or engage in the acquisition or resale of recyclable materials and goods.

The charges came following an extensive investigation conducted by DCSO’s Career Criminal’s Unit Investigator Adam Mobley and Investigator Justin Kelly at the request of Sheriff Griffin. The investigation has been ongoing since the summer of 2021 when two individuals approached Sheriff Wiley Griffin regarding concerns surrounding questionable business practices at SmithCo Recycling Co. The business leases property from and provides sanitation and refuse services for the City of Bainbridge.

The newly released documents state that under the guise of “seemingly legitimate businesses, SmithCo owners, employees, and associates used the business front to take in, manage and convert stolen regulated metals for their benefit.”

They are accused of purposefully omitting or falsifying purchase data in a system known as “ScrapRight,” failing to submit state-required data, using the SmithCo facility and equipment to conceal the purchasing of stolen property, purchasing copper wire at below-market values from Moss Solar employees while attempting to avoid detection by law enforcement, utilizing other business’ employees in the theft and concealment of commercial property, purchasing stolen catalytic converters without obtaining state required documents, and attempting to circumvent secondary metal recycling laws.

According to the National Insurance Crime Bureau, catalytic converter thefts increased by 325% between 2019 and 2020. Catalytic converters are filled with precious metals, which act as catalysts in a vehicle’s exhaust system. Most often, these include palladium, rhodium, and platinum. When the harmful gases of the engine emissions pass through the device, they make contact with these metals and undergo a chemical reaction. This process alters their molecular structure, converting them into safer substances. The rhodium, palladium, and platinum used in these parts are valuable, with rhodium selling for as much as $20,000 per ounce. Palladium costs approximately $3,000 per ounce, and platinum $1,128 per ounce.

Court documents allege that representatives from SmithCo arranged discussions with the owners of Seminole Sanitation, a roll-off container business, with the intent to purchase it. When an agreement was not reached, SmithCo facilitated the theft of roll-off containers, removed identifying markings, re-painted the containers, and then utilized them in their business.

The charges include committing crimes and attempting to commit crimes to benefit the enterprise, including but not limited to Theft by Receiving, Theft by Taking, Theft by Conversion, Conspiracy, Unlawful Metal Transactions, and Violation of the Georgia Controlled Substances Act.

This article was edited from its original version published on 11/16/2022 to include additional details.