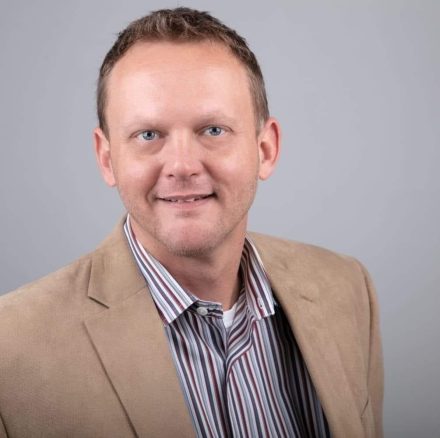 The memorial service will be held at 2:00 p.m. on Saturday, November 12, 2022, at First Baptist Church with Rev. Chris Humphries and Pastor Steve Brooks officiating.

The family will receive friends immediately following the service. Online visitors may sign the guest register at www.bryantfuneralga.com. In lieu of flowers, memorial donations may be made to First Baptist Church, PO Box 155, Bainbridge, GA 39818.

Michael Wesley Wiggins was born January 6, 1977, in Birmingham, Ala., the son of Mike and Cathie Wiggins. He was a graduate of Bainbridge High School, Class of 1995. His college career began at Bainbridge College, then Wes headed to University of Georgia, and finally Kennesaw State where he earned a degree in communication with a minor in public relations. Wes was a Realtor with Quantum Realty. Wes was a Christian by faith; his faith journey began at First Baptist Church in Bainbridge.

Wes was that “good guy” whose humor could break the ice in the most intense situations. At one point, a relative predicted he would be a professional comedian. Others thought more along the lines of a Philadelphia lawyer since he loved a good debate. Occasionally, and sometimes with strangers on social media, Wes would pitch an alternate perspective and argue for fun. He was intelligent and pressed others to think outside the box with his ideas. Wes loved unconditionally, and people from all walks of life considered him a friend. He was a champion of the underdog from an early age. Wes was an avid Georgia Bulldog fan, enjoyed deer hunting, disc golf, walking trails especially with Semi, and delighted in the adventures shared with Adrienne and McKenzie. No object, no person, no trip or adventure compared to how Wes felt about Adrienne and McKenzie; they were his everything.

Survivors include his wife of 20 years, Adrienne Voltz Wiggins; his daughter, McKenzie; his parents, Mike & Cathie Wiggins of Bainbridge; and his Aussiedoodle, Semi.