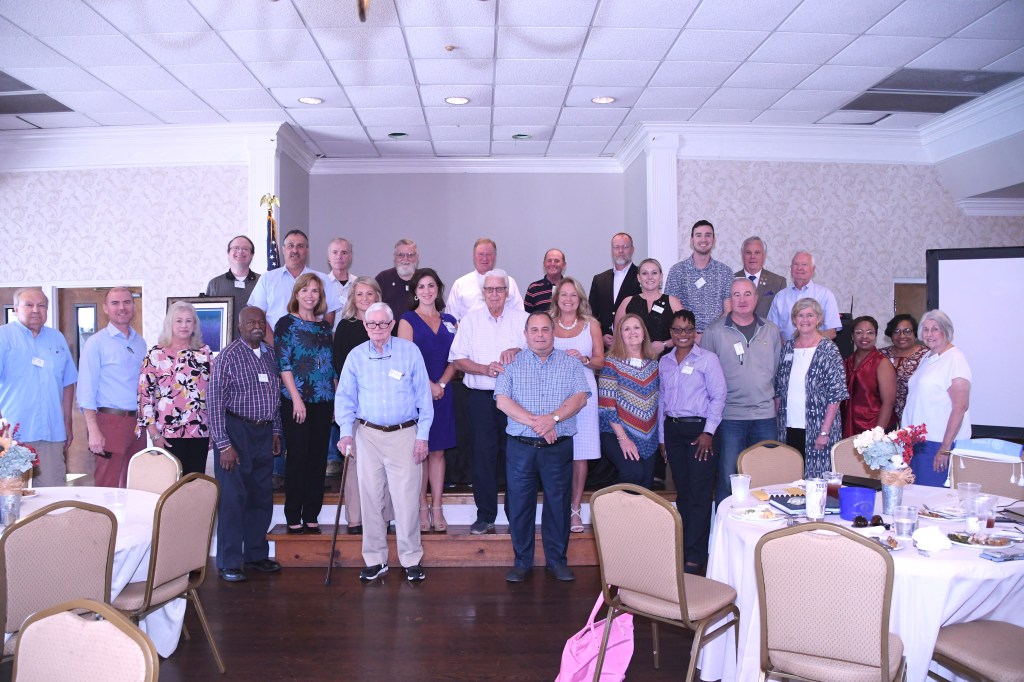 The Bainbridge Rotary Club was visited by Rotary District Governor George V. Granade on Tuesday. Members and the club itslef were honored by Granade, and Jamie Sinko and Merreann McDonald were made official members.

Members of the Bainbridge Rotary Club gathered at the country club on Tuesday, with the Kirbo Center being occupied for Election Day. The speaker of the day was George V. Granade, District Governor for Rotary District 6900.

To begin, Granade accepted Jamie Cinco and Merreann McDonald as members of the Bainbridge Rotary. “It has been explained to you that the ideal of Rotary is ‘service’,” Granade said. “Our motto is ‘Service above self’, and the object of this in all Rotary clubs is to encourage and fall to this ideal as the basis of all worthy enterprise.”

He next spoke on what a historic year this has been for Rotary. “It’s historic for three reasons. Number one, we’re 99.9% at eradicating polio in the world. Number two, Rotoractors are now a special type of member in Rotary. And number three, Rotary International has it’s first female president, Jennifer Jones” he said.

Granade went on to summarize Jones’ vision for the coming year’s theme, “Imagine Rotary.” “’Imagine the world without polio’,” he quoted Jones, “’a world where everyone has clean water, a world free of disease, a world where every child can read. Imagine kindness, hope and love, peace.’”

According to Granade, Jones’ desired accomplishments for the upcoming year include: removing “barriers for diversity, equity and inclusion”; 30% female membership by June 2023; making new clubs and new club models; raising Rotary awareness by touting the organization’s achievements; and continuing to empower girls like previous Rotary presidents.

“In my opinion, ‘Imagine Rotary’ is a fantastic theme for this Rotary year. It allows us to dream about many things that we can accomplish,” Granade said. Some things the district governor encouraged club member to accomplish were membership growth within existing clubs and the creation of new clubs, as well as a focus on education.

After Granade concluded speaking, the whole club gathered for a group picture.