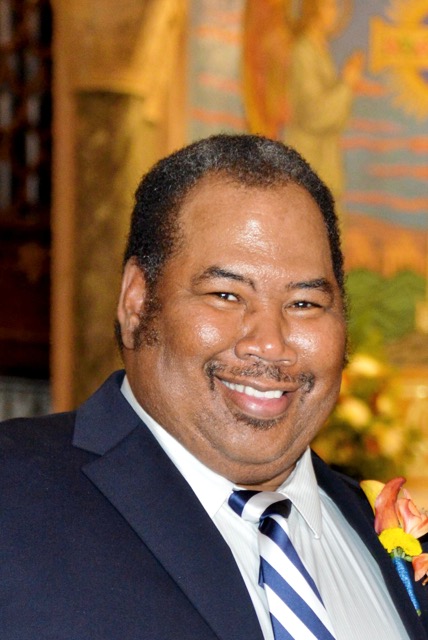 Thomas Edward “Eddie” Brinson, Sr., a native of Bainbridge, Ga., passed away at his residence during the early morning hours of October 27th, 2022.  Born in Bainbridge, Ga., on August 10th, 1955, he was the son of Alena Howard and Gus Love. Eddie grew up in the same Bruton Street neighborhood where he established his home as an adult. After graduating from Bainbridge High School in 1972, Eddie attended Fort Valley State University where he earned a bachelor’s degree in business administration.

He previously worked for United Plastics Division of ITT Thompson Industries and as a patrolman for Bainbridge Police Department. He established his concrete business in 1981 and was known by most as the owner and operator of Eddie Brinson Concrete Finishing and Construction, Inc. Eddie served on the Bainbridge Planning and Zoning Board for 17 years and was Vice Chairman before resigning in 2013. He also served with the Hutto Middle School Shadowing Program, the Hutto Middle School Parent Advisory Committee, and is a graduate of the Bainbridge Public Safety Citizens Academy. Eddie was the President of the Bainbridge Builders Association in 2017 and he was a member of the Freddy Boys Motorsports Club. He was actively involved with the 1 On 1 Mentoring program, founded by his wife, for over 20 years. He was a member of Metropolitan Cathedral of Truth Church in Gadsden County, Fla. under the leadership of Dr. Kennith Barrington.

He is survived by his wife, Alesia Brinson; children, Faye Brinson Bryant (Eugene), Thomas Edward Brinson Jr., and Valorie Brinson; siblings, Joe Allen, Gertrude Thompson (Charlie), and Sharon Sutton. He is also survived by many nieces and nephews, cousins and friends. For those wanting to show their last respects, the public is welcome to visit Jacobs Mortuary at 501 Emanuel Street, Bainbridge, GA 39819 from 4:00 PM until 7:00 PM on Wednesday, November 2nd, 2022. Funeral services are scheduled for Thursday, November 3rd, 2022 at 11 AM at St. Paul Missionary Baptist Church, 2714 Thomasville Road, Bainbridge, GA 39819. Interment will follow at Jonas Lobe Cemetery in Bainbridge, Ga. Online condolences may be expressed at www.jacobsmortuary.com.