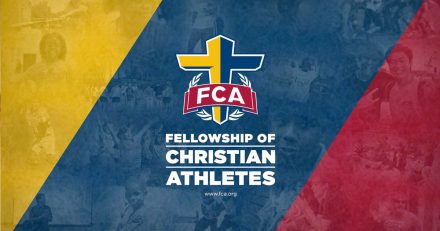 For many across the world, sports is a tool that can be used to unite communities and bring together people of all ages, races, genders and beliefs to accomplish and find a common goal. The Fellowship of Christian Athletes is an organization that is used to bring young athletes of all backgrounds together to share in Christian Ministry.

Founded in 1954 by basketball coach Don McClannen, the Fellowship of Christian Athletes focuses on using the platform of sports to challenge and bring together local coaches and athletes at the collegiate, high school, and junior sports levels through the gospel.

Sports play a major role in how culture is developed throughout the world and coach McClannen wanted to use the platform of sports to promote the gospel. FCA has grown into a global ministry that serves 107 countries with over 24,000 attendees. FCA events consist of three different types of meetings; huddle groups, event spaces, and camp spaces.

Huddles are bible-study like meetings usually done at schools once a week with student-athletes from all sports and all ages. Event spaces are the next tier which consist of community wide worship nights, service projects, guest speakers which see a large number of student athletes, coaches and families come together.

The largest tier of FCA is a camp space which is usually done during the summer but can be divided into sport-specific camps, region specific, coaches camps, marriage retreats and everything in between.

“A large part of what our ministry functions off of is having huge partnerships with local churches,” said South Georgia FCA Leader Noah Henson. “We see ourselves as a paired church organization and our goal and mission is to be able to use our ministry and the influence of sports  to help people meet and move into a relationship with Jesus so that they can then find a community within the church.”

In the region of South Georgia, the FCA chapter is overseen by Noah Henson who has been an active member of FCA since his high school and collegiate years as an athlete. Henson is a Calhoun, Ga native and grew up playing sports as his father was a pastor.

Henson went on to play football at Shorter University in Rome and then made his way to South Georgia where he was a coach and teacher at Thomasville High School before getting called into vocational staff with the FCA as of 2019.

“I’ve really benefited from seeing the vision of FCA play out in my life as far as being a part of huddles and camps and such,” said Henson. “It has also helped me as an athlete seeing the impact of godly coaches and men and  women who see their platform as more than x’s and o’s and winning but see it as an opportunity to pour into the lives of the future generation.”

As of two years ago, Henson became the area director for South Georgia which oversees nine counties such as Decatur, Thomas and Seminole county. For Henson, his favorite memory came from a leadership camp he had the opportunity to attend when he was a senior in high school.

“There’s so many examples of godly coaches who have come through my life like Field Jones at Shorter University,” said Henson. “I remember being a senior in high school and I had the opportunity through FCA to go to a leadership camp at St. Simons which is a huge spot and a cool place. I went there for a week during the summer and I met so many great people from all walks of life. The experience of seeing sports used as a tool to see others come together and worship together was a pivotal moment in my life. There’s still guys from that camp that I talk to regularly.”

One special part of FCA is that the organization is student led so the students have the opportunity to take charge and share their faith and interact with others. For student athletes who are interested in FCA, Henson encourages them to go to as many events as possible.

“Like anything the only way to learn about it is to go experience it,” said Henson. “Start going to huddles, event spaces, guest speakers. We try to give these students as coaches as many great experiences as possible so that they can grow their faith and community.”