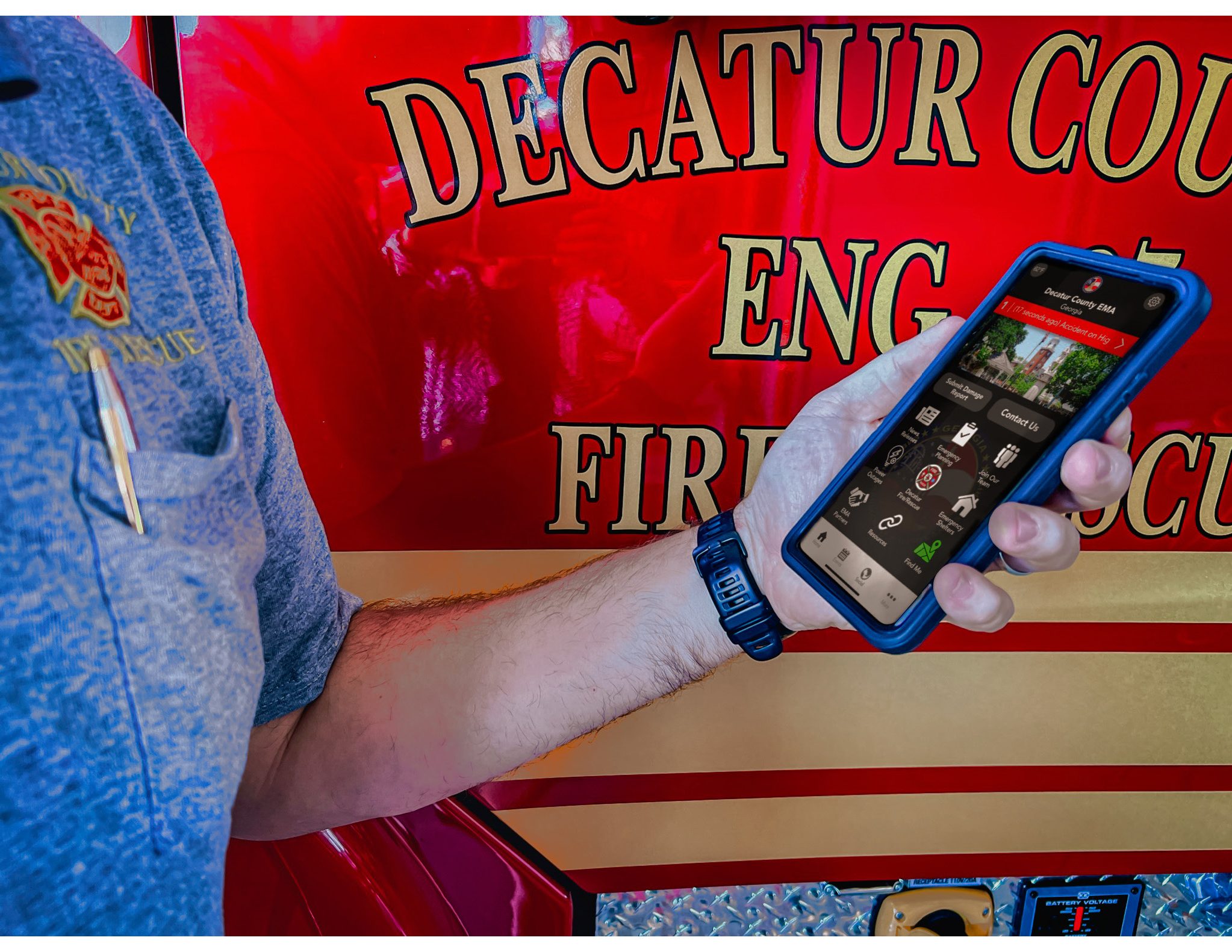 Decatur County Emergency Management Agency (EMA) will soon be releasing a much-anticipated public app as part of a proactive approach to more effective communication during states of emergency. The app is intended to act as a centralized service where members of the public can find essential and time-sensitive information from a variety of organizations. The most recent updates regarding shelter locations, power outages from all the different companies that serve Decatur County, and centralized weather alerts would be some information users of the app could expect to receive.

But after months of development, the app boasts more features than just being a one-stop shop for information during a community crisis. According to EMA Deputy Director Jamie Earp,  one of the most anticipated utilities the app will offer is a “find me now” service that records and sends the current location of the app’s user when activated. “In terms of emergency response  services, that’ll be an amazing feature for us to be able to utilize. Being able to respond in certain  situations where rapidly locating someone who otherwise would be difficult to find could make  all the difference. It’ll allow us to locate people with high precision in a short period of time.”

Third-party developers have created similar apps in other counties. However, Public Information Officer Tyler Dalton explained that Decatur County’s version is designed with its residents in mind. “We made sure it was customized for Decatur County, we included what was  most applicable to us and the needs we see,” Dalton said. But while the app is focused on current needs, the impetus for its creation occurred several years ago. “I think the biggest push came from Hurricane Michael in 2018. We were  trying to communicate with people, we were trying to get information out to those that needed it  the most and there just wasn’t one single effective way to reach everybody,” Earp said. “That  pushed us into the conceptual development phase of the app,” he continued.  Then finally, about four months ago, with grant funding in place, the County Fire  Department could outsource the app’s design and customization to a third-party developer. “We started a discussion where the central question was ‘what information is good  information?’ And ‘how much information is too much information?’ We really wanted to get it  right for the communities we serve.”

According to Earp and Dalton, finding that balance isn’t always easy. “We’ve discussed  at length during this process how we find just the right amount of information where it’s not  inundating or crippling but allows the public to make an informed decision on whatever the  situation is,” Earp said.

Similar apps have been released in other regions to maximize valuable response time during an emergency by efficiently communicating with the public. “I think the biggest benefit is that it offers a proactive approach to public safety. It  allows them to be aware of what’s going on and enables our information to be seen in areas  where it might not be so visible through modes of communication we’ve utilized in the past,” Earp said. But to the Decatur County Fire Department, the thing they see as the biggest asset of the new app is quite simple. “You can look at the things that affect you as an individual citizen,” Earp told The Post-Searchlight.

“I think the biggest asset to the public the app creates is that it’s so very proactive in  making sure that the citizens of Decatur County have all the accurate and reliable information  they need to stay safe.” The Post-Searchlight will follow the official release of the new app during the coming weeks as it becomes available to members of the public.