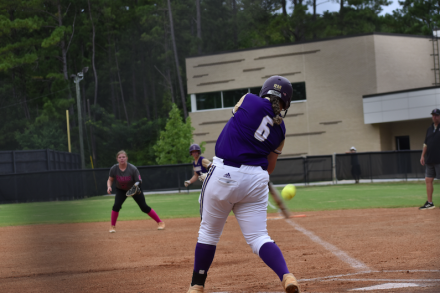 The Bainbridge High School Lady Cats softball team is off to their first hot streak of the season as they have won their last five consecutive games. The Lady Cats have done so in dominant fashion, averaging over 18 runs per game in those wins

The Lady Cats made quick work of Hardaway in their second win as two 11 run innings resulted in a mercy rule after the second inning giving the Lady Cats a 22-0 win. Most recently, a two game double-header against Westover ended in two Lady Cat wins as they scored a cumulative 40 runs in those wins.

This win streak currently gives the Lady Cats an undefeated 5-0 record in region play as they head into the last month of the season and begin to compete for playoff seeding.

Situational hitting continues to be a strength for the Lady Cats as Head Coach Rex Wade has worked hard in practice with his players and emphasized the importance of to his players.

“We work on situational hitting every time in batting practice,” said Wade. “We’ll often simulate two strike counts, one strike counts and stuff like that. We really did a great job in our plate approach and hitting the ball hard in the right spots.”

One the mound Brenna Conley continued to be the ace that the Lady Cats rely on as she shut down and baffled the hitters and was also able to conserve her arm as the Lady Cat hitters feasted off of their opposition.

Coach Wade has continued to emphasize the importance of the Lady Cats defense and how defensively, the Lady Cats can compete with anybody.

“Our defense is probably the strongest part of our team,” said Wade. “Before every game I tell the girls to go out and play boring defense which basically means limit the errors and mistakes and play fundamental softball.”

The Lady Cats will be back home on Tuesday night as they host Seminole County at 5:30 p.m. at Bainbridge High School.