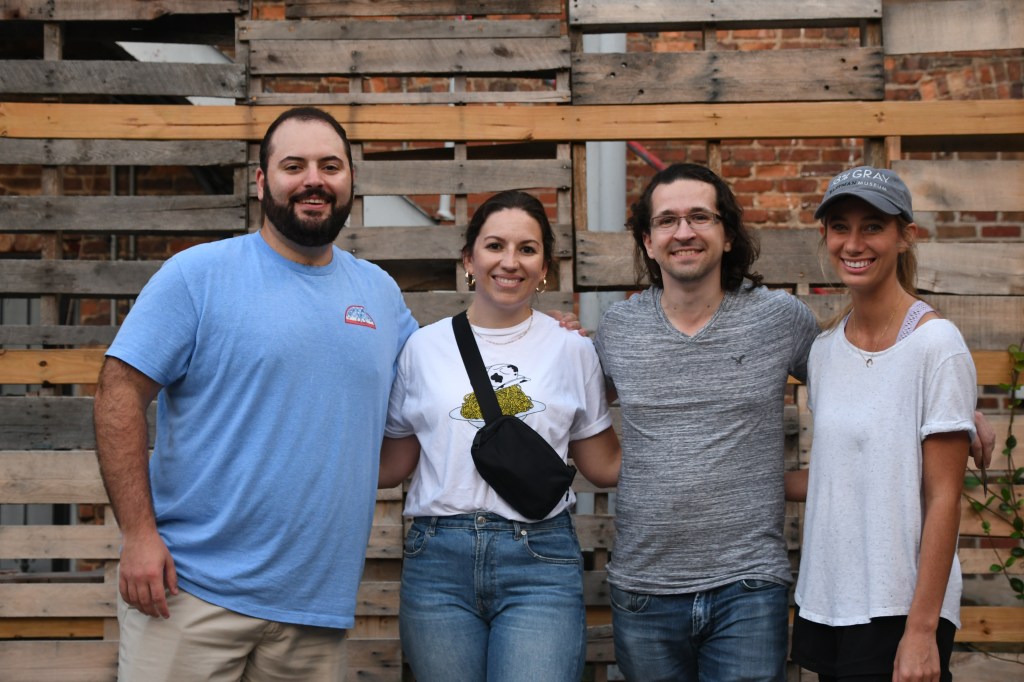 If you were out and about Thursday evening, you may have seen groups of people running around various parts of town, taking pictures of seemingly random things, and asking people if they would be fine having their picture taken for equally random reasons. Despite appearances, this wasn’t random, it was one of the Chamber of Commerce’s new events, the Bainbridge Young Professionals Scavenger Hunt.

Participants met in the back courtyard behind Southern Philosophy at 5:30 Thursday afternoon, where they were divided into teams before heading out into the town. They were tasked with taking photos of various things around town, ranging from simple things like a picture of a team member with a copy of the local newspaper or by a war memorial, to more specific and harder, such as a picture of a team member with a wild animal or sitting in the back of a police car (with police permission and without getting arrested, of course.) 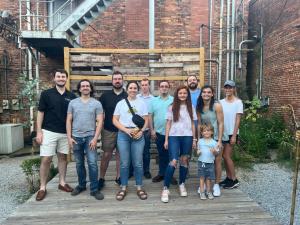 According to Chamber president Lauren Minor, the event has been in the planning since mid-August, with Jamie Sinko from Danimer Scientific helping put the event together.

“The Chamber of Commerce has seen a great amount of young professionals moving to our area for work,” Minor said. “The goal of events like the Scavenger Hunt is to engage them, help them connect with others, and ultimately help them make Bainbridge their home. The Chamber wants to help  attract and retain a talented workforce for our area, and we believe events and programs for the Young Professionals help further that initiative!”

In total there were 13 participants, split into teams of three. According to Minor, the majority of participants were either from Bainbridge, or commute from Tallahassee or Dothan for work, with many being Danimer or Taurus employees.

Minor described the event as a success, saying, “We helped people meet and make new connections, which was the goal of the event.” While there are currently no plans for another scavenger hunt, there will be more Young Professional events in the future. Updates can be found on the Chamber’s website, bainbridgegachamber.com 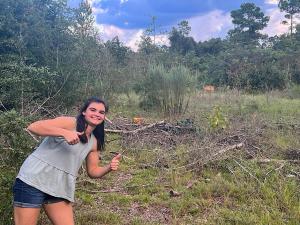