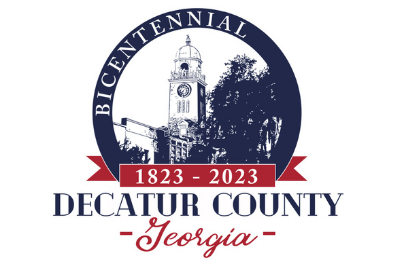 With the Decatur County Bicentennial celebration approaching next April, members of the local government and community have begun meeting to hammer out the specific events and plans for the historic occasion. The Bicentennial planning committee met at the Joe L. Sweet Community Center last Tuesday afternoon for one such meeting, led by Roslyn Palmer.

According Palmer, the festivities are set to last from April 18 to April 23, from a Tuesday to Sunday. “We’ll kick off at 5:30-ish on Tuesday afternoon, April 18, with a big birthday party, a huge cake,” she said. “We’re talking about the mayor and county commission to cut the cake at about 6:30 on that.” She continued, “It’ll be several large cakes put together and iced over as one big cake. We’re going to have it very family-oriented, there’ll be some food trucks there, live music, bounce houses. Just a fun way to start and kick it off.”

Next, the BHS jazz band and choir is planned to provide the music on Wednesday, in addition to a brown-bag lunch.

Friday will see a rocking chair contest in Willis Park that evening. “You rock until you can’t rock anymore,” Palmer continued. A street dance will also accompany the evening’s festivities.

Downtown will have an old-fashioned theme on Saturday, in addition to window decoration judging. “That evening, probably somewhere around 7:00, we’ll have a historical production pageant put on,” she said. The production is currently still in the works, with help from the people at Swamp Gravy, and is set to be held at the Boat Basin’s Performing Arts building.

Sunday will see participating churches have a similar old-fashion theme. “We’re asking them, hopefully they’ll do old-time hymns, dress old-timey, have dinner on the ground if they want,” Palmer said. “Someone at one of our meetings mentioned having a community chorus singing that afternoon. Nothing’s jelled on that yet, it’s just an idea that’s been tossed out.”

Other possible ideas for the festivities that have been proposed include a Decatur County Jeopardy game, a beard contest, and even a week-long scavenger hunt.

“It will definitely take a lot of manpower to make this happen,” Palmer said. “I was in college during the sesquicentennial in ’73. I came home one weekend of the two-weekend event, it had hundreds of volunteers to make it happen.”

If anyone wishes to contribute to the celebration, planning meetings are scheduled for the last Tuesday of every month; this month’s meeting is set for 5:30 PM, September 27 at the Joe L. Sweet Community Center.