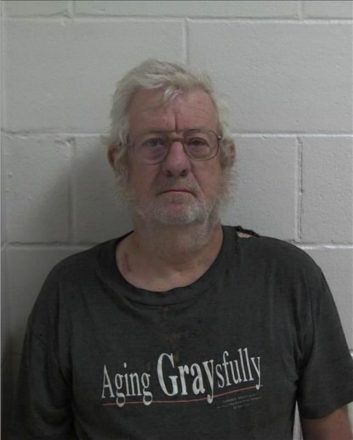 A Bainbridge man was arrested by the Decatur County Sheriff’s Office on Tuesday. Damon Jay Scott was arrested on one count of battery after assaulting an employee of the V8P Shop Tuesday morning. According to Bainbridge Public Safety’s official report, the victim had arrived at the shop for work, when Scott backed his vehicle up and nearly struck hers. According to the victim, she honked her horn to let Scott know she was behind him.

According to the victim’s statement, Scott got out of his vehicle and approached hers, grabbed her through the open driver’s window and began striking her in the face. “Luckily there were a couple of good Samaritans across the street that kind of saw what was going on, so they began running her way to see about helping,” BPS investigator Josh Glover told the Post-Searchlight. “This guy sees that, he gets in his truck and he leaves.” According to DCSO investigator Vincent Edmond, Scott made statements implying that he and the victim had exchanged words, and he had felt disrespected.

As Scott fled the scene after the bystanders intervened, one of them was able to capture a photo of his truck, which was ultimately used to positively identify Scott later that day, leading to his arrest.

Glover wanted to thank the bystanders who intervened, saying, “It’s always helpful when somebody sees somebody that needs some help, and somebody’s willing to go over there and try to help them.”