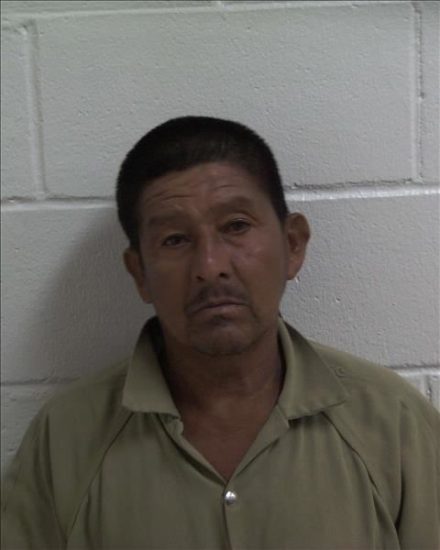 According to Captain Elijah McCoy, several men had just gotten off work in the fields and returned to the migrant camp, before they began indulging in alcoholic beverages. One of the men drinking was Sergio Sanchez Gomez, 57, also known as Adiel Sanchez Gomez.

After several drinks, Gomez became intoxicated and was confronted by a fellow migrant worker, Fernando Antonio. During the confrontation, Gomez was reportedly called a name that upset him. However, he continued to drink for approximately 3-4 more hours, while Antonio returned to his home.

McCoy said once Gomez finished his drinks, he stormed into the home of Antonio and attacked him with a kitchen knife, stabbing him multiple times, while Antonio sat at the kitchen table. Others at the camp heard what happened and immediately called 911.

When Deputies arrived, Gomez was gone from the scene, but they found a blue handle kitchen knife with suspected blood, along with a towel containing suspected blood.

Deputies alerted EMS, who airlifted Antonio to Tallahassee Memorial Hospital. There, Antonio succumbed to his injuries.

Deputies began searching for Gomez, before eventually finding him a quarter mile down the road lying in a ditch, attempting to cover himself up.

Deputies detained him between 1-2 a.m., where he was charged with possession of a firearm or knife during the commission of a crime, murder and aggravated assault.

He is currently being held without bond, while waiting for ICE and the Department of Homeland Security.