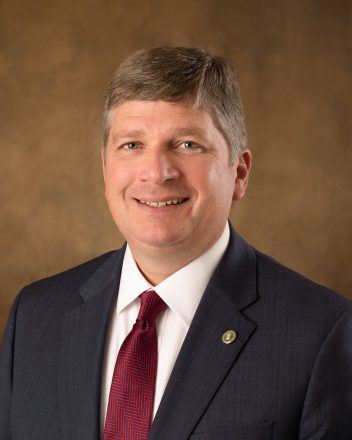 Brad E. Barber, president and CEO of First National Bank, Bainbridge, has been elected by his peers to serve as Vice Chairman of the Georgia Bankers Association (GBA).

“Brad is among the most well-respected career bankers in Georgia,” said Rhodes McLanahan, GBA chairman and CEO of First American Bank & Trust Company in Athens. “His experience and passion for our industry will serve the association well.”

Barber has more than 30 years of experience in the banking industry. He joined First National Bank in 2014 as CEO and as a director of the bank and holding company boards. He was appointed president in December 2016.

Founded in 1892, the Georgia Bankers Association promotes the general welfare and usefulness of banking and the preservation of a sound banking system. For 130 years, GBA has been the resource that empowers Georgia’s banks, providing effective government relations and public advocacy, a community of professional peers, top-quality education and professional development, and revenue-enhancing products and services.