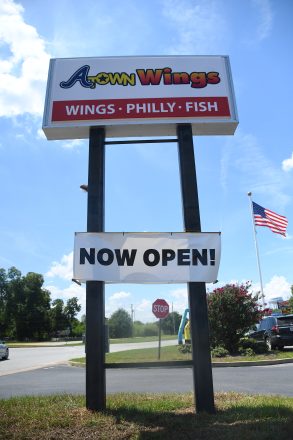 ATown Wings is located on East Alice Street, the latest location to open in Georgia.

Another restaurant now calls Bainbridge home, ATown Wings. Located on East Alice Street at the former Maryland’s Fried Chicken, the restaurant opened Tuesday, and is the latest restaurant in the chain to open, with locations in the South stretching from Tallahassee, to Atlanta and Aiken, South Carolina.

With most of their other locations in much larger cities, the store operator told the Post-Searchlight that the company performed limited market research on the areas surrounding their other locations, with Bainbridge being “an up-and-coming smaller area” showing promise. “We’re not like the bigger brands that have branches all over,” he said. This location has been in the works since January.

Founded in Atlanta in 2008, ATown has a varied menu, but the mainstays at each location are their wings, Philly cheese steaks, fish and shrimp. According to the company website, they pride themselves on serving “cooked-to-order gourmet foods at a fast food rate,” with food freshly cooked per order.

Bainbridge’s proximity to their Tallahassee location was also a contributing factor, as corporate believed there would be a pre-existing market that had heard of the chain.

The pre-existing market was definitely there, as the operator said they have been packed, despite not being at full operating capacity and still not having all their menu options available. “We’re pleased with how it has opened up so far,” he said. While not as busy as other grand openings, the operator also said that they have already had to request more truckloads of food. 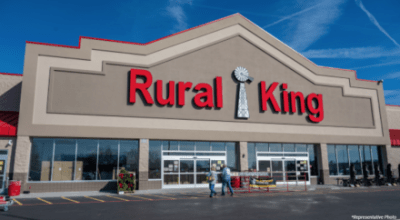 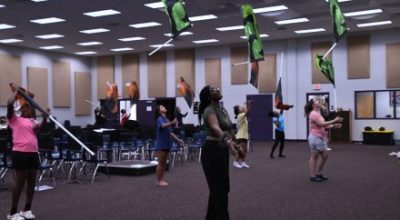