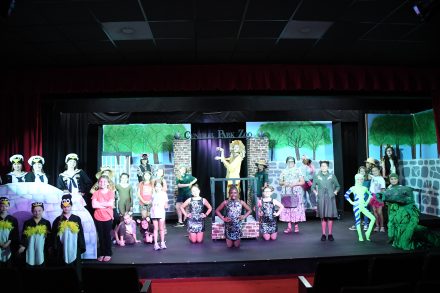 Hold on to your hats as you take a wild ride with the Bainbridge Little Theatre Class Act for Madagascar A Musical Adventure Jr,. directed by Rachael Herendeen.

Herendeen said she selected the musical due to its wonderful message about friendship.

“It showcases a friendship against what nature suggests as the norm,” she said. “It helps us understand that no matter our differences; friendship, love and kindness can blossom.”

The young actors and actresses have been learning this message throughout the summer as they have rehearsed lines and practiced the music.

“We have all learned so much from each other and have been able to step out of our comfort zones and become more than we thought possible,” Herendeen said.

“The kids really stepped up to the challenge and have brought their version of Madagascar to life,” she said. “They are all so talented, funny, smart and WILD, so this show fits them perfectly.”

The musical features a large cast with four main characters.

Apple Glenn plays the role of Gloria the hip hip Hippo, while CJ Poole plays Melman the giraffe. Alex the lion is played by Matthew Strickland and Thornton West plays Marty the zebra.

These four characters attempt to escape New York’s Central Park Zoo, and find themselves unexpectedly journeying to Madagascar in the midst.

However, they can’t journey into the wild without the help of their friends, the plotting penguins, and other mates at the zoo.

Characters included in the cast feature many returning Class Actors, and some new faces.

While Herendeen admits there have been challenges and stresses throughout rehearsals, she has appreciated all the young actors’ hard work.

“Despite the stress and extra work, I would not trade it for anything,” she said. “I have truly enjoyed seeing the dedication and eagerness blossom in our students.”

Herendeen also wanted to thank the parents for allowing their children to take part in the production, where they were able to flourish in such a variety of areas.

The production will begin on June 24 and run through June 26th.

Friday and Saturday’s production will begin at 7 p.m. with a matinee on Sunday at 2:30 p.m. Tickets are on sale now, so make sure to grab yours. 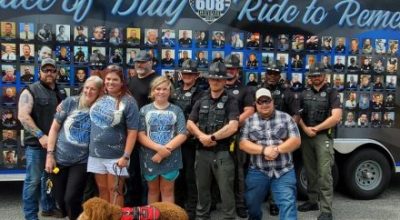