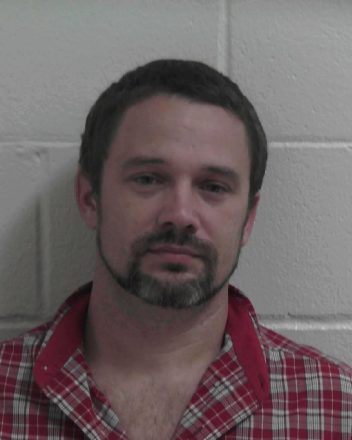 Culverson was accused of child molestation back on September 11, 2020 by his girlfriend’s two underage daughters.

The daughters stated Culverson had been spying on them for over two years, using a camera with an adjustable telescopic lens to look in on them in the shower and in their bedroom.

One of the children also accused Culverson of pulling down her pants to expose her and touching her inappropriately.

Culverson denied all allegations of any wrongdoing, stating he never touched the girls inappropriately.

To prevent the girls from having to deal with the trauma of a trial, Culverson was offered a plea deal for 10 years’ probation and registering as a sex offender.

However, Culverson opted to have a trial by jury.

During the course of the trial, Investigator Adam Mobley testified, along with the children’s mother, uncle, forensic interviewer, Amy Eakin, and both victims.

Wednesday morning, as the state prepared for closing arguments, Culverson announced he had decided he would like to testify.

Culverson told the jury the girls were angry with him because he was the primary disciplinarian and they wanted to get back at him. He also claimed the camera they had said he used was locked away in a gun safe and had not been used in over a year.

Thanks to Banks Smith, the state’s attorney, Amy Eakin, Adam Mobley, and especially the children who testified against Culverson, the jury found Culverson guilty on two felony offenses. He is set to be sentenced on May 17, 2022 and has been remanded to the custody of the Decatur County Sheriff’s Office until then.