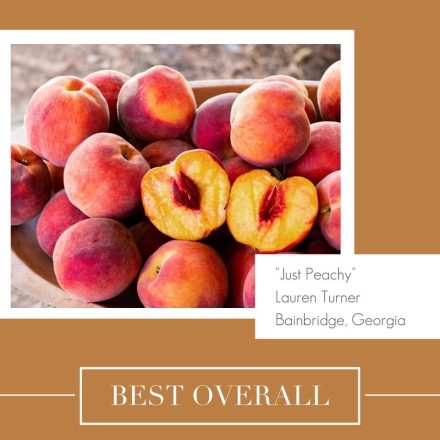 The 2022 Georgia’s Rural Center Photo contest has officially announced the winners of this year’s photo contest. With 223 photos entered into 5 categories, photographers across the state shed light on rural Georgia in a new and exciting way. The contest opened in February, 2022 encouraging participants to enter their photos into five categories: Water Tanks; Agriculture and Natural Resources; Communities, Organizations, Leadership in rural Georgia; Downtown in rural Georgia and People of rural Georgia. This year’s guest judges, Pete Smith and Berrie Smith, were tasked with selecting the best overall photograph, the best of rural Georgia photo and the category winners. Barrie Smith has a 40 year career for Vivitar, Eastman Kidak and Nikon and has been a professional photographer for over 40 years. Pete Smith has been working as a professional photographer for the past 45 years and is a six-time Emmy-winning photographer/editor. Photos were judged on the criteria of artistic merit and creativity, composition and photographic quality and overall impact.

Standoff ends in one being sent to Tallahassee hospital