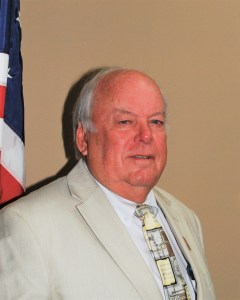 County Commissioner Pete Stephens is running for re-election in District 6, facing a challenge from Jesse “Buz” Whitley. If re-elected, it would be Stephens’ third term.

After retiring from farming, Stephens said he found himself looking for something to do. It was “my love of the county, my love of the people, my desire to help my fellow man,” that led him to the County Commissioners. “My thought train is this: if I can come in here and make a difference for my fellow citizens, make a positive change, I will have succeeded in doing what I accomplished to do, and I have done that, and would like to continue to do so,” Stephens told the Post-Searchlight.

Stephens also cited the commission’s replacement of worn-out equipment, as well as their management of the landfill, as achievements, along with improving relations between the county and the city of Bainbridge.

“We were being faced with a lawsuit when we got here, with the city,” he recounted. “We settled that lawsuit, because we knew we were dead in the water if two government entities in the county were fighting.”