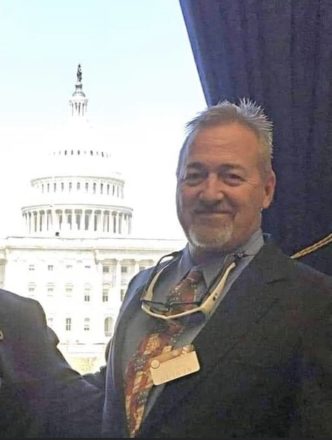 Whitley was raised in the Pine Grove Community of Northwest Decatur County by his late mother, Mary Cofty and Jesse Whitley Sr.

Whitley’s father was a retired Sergeant in the army and a fireman for Decatur County, while his mother worked as a nurse.

Growing up in a family of community helpers, Whitley wanted to help in whatever way he could as well.

From the time he was a child, he began helping his grandfather Perry Cofty and uncle Cooly Cofty on the Cofty Farm. He then went on to attend Bainbridge Christian School and Bainbridge High School, eventually graduating from Bainbridge Junior College.

Whitley became a small business owner after working at Georgia Industries for the Blind as a Safety Health Training Manager for 17 years and later a Maintenance/Safety Manager.

While Whitley loved his job, he left three years ago, to pursue his real dream of running his own business.

With 27 years of background in management, Whitley feels that is he is prepared to help manage the people of Decatur County’s problems in a trusted manner.

His main goal to work to ensure that all citizens’ concerns are heard and presented to the County Commission.

“There’s been a lot that’s happened in the past couple years I’ve noticed, where people say they didn’t know about it until it was done,” Whitley said. “A lot of people say they don’t have the time to go to the meetings, but they wish they could hear about it after.”

Being in management, Whitley said at his previous meetings, there is always a minute-keeper, who then takes the minutes and posts them in a newsletter or on a web page to be found. This is something he would like to see Decatur County get back to doing as well.

“I would like to have an email list or for people who don’t have email, send out a text to County residents about things on the agenda they may need to know about,” Whitley said. “Communication is my main focus going in.”

“The County Commission needs a new set of eyes and a new vision,” he said.

Through his campaign efforts, Whitley has already begun visiting the residents of Eldorendo, Brinson and West Bainbridge.

“I want to work together for a brighter future for Decatur County,” he concluded.