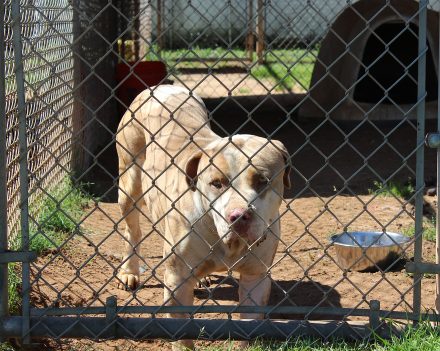 The Humane Society no longer has room for animals, save for emergencies.

Humane Society shelter director Ashley White spoke with the Post-Searchlight about the spacing issue, clarifying that the shelter normally accepts both strays, as well as pets given up by their owners. “With managed admission, what we do is, you can fill out a form on our website, and say that you want to get rid of your pet, and it gives us the ability to make sure that we are staffed that day, appropriately, and that we have the appropriate kennel space,” she said. According to White, spring is usually when they have the most kennels taken up, due to it being when most litters of puppies and kittens are born.

In addition to this being a busier time of year, the shelter is also currently short-staffed. “We have made a couple of new hires, but we’re shorter-staffed than we were pre-COVID,” White said. “We would like to hire some more part-time right now.”

White concluded by saying, “Spay and neuter your pets, and adopt and foster.” For anyone interested in the shelter’s part-time jobs, they can be found listed on Indeed.