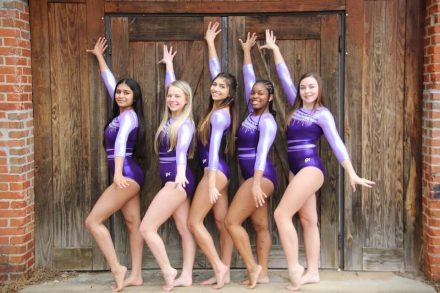 The Bainbridge High School GymCats recently wrapped up their 2022 season, earning ninth place in state with a score of 93.850.

The team also had one JV member, Shayla Allen, who was a junior.

Over the season, the team competed in three meets, beginning in February at their meet in Milledgeville.

During this meet, the GymCats had a great showing.

Engram went on to place second on the beam, while Rich continued to bring in more medals.

For JV, Allen earned first place on the floor.

The team had a brief break before returning to the gym on March 5, when they competed in Moultrie.

No one placed individually. However, Varsity earned third place all-around, as did JV.

The GymCats finished off their season on March 26 at their meet in Valdosta.

During this meet, the team had a combined score of 97.

Dollar said this meet had the GymCats competing against larger schools in regions 5A, 6A and 7A, along with local competitors, such as Thomas County Central.

“We beat out Thomas County Central at this meet,” Dollar said. “I am very proud of the girls hard work this year.”

Following this meet, the team finished out the year with a total score of 93.850, which put them in ninth place in the state.

“We are the only team in South Georgia to place in the top 15 in 1A-5A schools,” Dollar lauded. “This is a great accomplishment.”

While this ends the 2022 season, the potential to reach even greater heights with two freshman helping land the GymCats in ninth in the state, is on the horizon.