Dr. Zach Powell qualifies for Board of Education, District 6 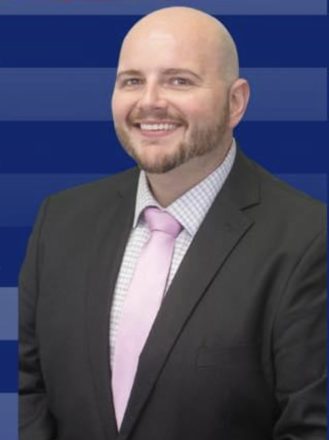 As election season roles around and eyes turn to positions like governor and Senator, local positions like county commissioners are also up for grabs. One newcomer running for local office is Dr. Zachary Powell, who is currently running for a position on the Board of Education.

According to Powell, this is something he has been thinking about for some time.

“I was actually thinking about it a couple of years ago, I just wasn’t able to really slow down enough to get everything situated,” he said.

Powell has always had an interest in education; his first job was a parapro, and his initial degree was in music education.

“Then, I wound up getting kinda ill, changing subjects, and then I wound up going into healthcare,” he explained.

Even after changing to healthcare, Powell still kept close to education, having taught nursing at Bainbridge College, volunteered to help the band for several years, and also sponsoring some of the fine arts programs as well.

Powell will be on the ballot in May’s elections, vying for Eric Worthington’s seat in District 6. If elected, he would see a focus on increasing competition in all areas of school.

“I was born here, raised here, this is home. I just want to see it grow, and be to the point that we’re competitive in every aspect of what we do, not just sports,” Powell said.

“Everything, whether it’s all the fine arts, drama band, we’ve got such good ROTC programs. I would like to see some of that start trickling down to the middle schools.” He elaborated on this, saying, “Now that we’ve kind of got everything broke out and we have the Bainbridge Middle School, I’d like to see some of that matriculate down, instead of some of it having to wait until it gets into the high school.”

While he had nothing in mind as far as new plans to introduce, Powell wanted to ensure “that we’re able to facilitate what we already have.”

“We do a great job with extracurricular, but I think that could be better, as well as academia,” he said.

He expressed a desire for the school system to allow all students to be the best they can be, and did also mention the school budget and meal rates, saying, “We can go through there and help finalize the budget, and try to not overly charge millage rates and anything that’s going to negatively affect the town, but also try to continue building on the framework that has been here for the few decades.”

He concluded with, “Our school system is one that all the students should be able to shine in. They should be able to be the best they can possibly be, in each character aspect that they have, and that should go down to extra-curricular as much as it is curricular.”