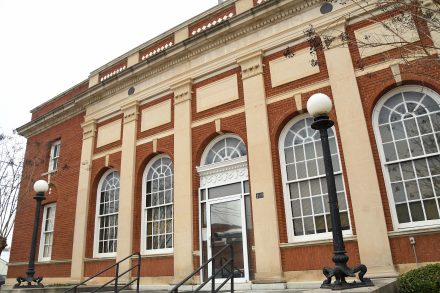 The Bainbridge Downtown Development Authority met first thing Thursday morning for their monthly meeting. One of the items on the DDA’s agenda included discussion of their 2022 work plan, which had three key strategies: Beautification initiatives and design, placemaking, and maintaining authenticity.

The beautification strategies included important goals, such as working on the gateway from the north side of Downtown on West St. and Broad St., which will partially include the Chason Park expansion.

Placemaking goals included continuing to hold events at the Hook & Ladder, as well as the painting of a new mural downtown, specifically on the downtown public restrooms.

As for maintaining authenticity, plans to install historic plaques downtown, including an explanatory sign for the Winecoff Memorial, were proposed. The marketing of DDA-owned properties is also a goal for this year. This includes properties such as the old post-office/Board of Education building at 102 S West St., which is being marketed at $350,000 asking price. With current zoning laws for the central business district, this building can only be sold for commercial and/or retail uses, not residential.

Annual responsibilities the DDA must also adhere to as part of this plan include not exceeding $20,000 on façade grants per year, as well as continuing to put on annual festivities like the Munchkin Masquerade, Yuletide Jubilee and Christmas Parade, to name a few.

Some events and festivities scheduled for Downtown in the coming weeks and months include Rivertown Days on March 12, live music on St. Patrick’s Day, Bainbridge’s Jazz and Blues Festival on February 5, and a father-daughter dance on February 11.