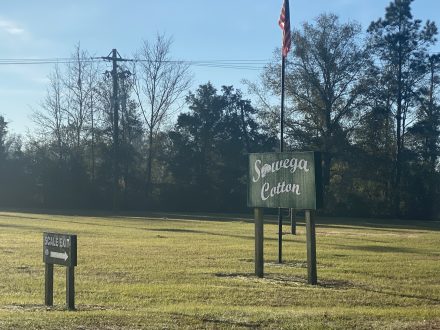 Sowega Cotton was one of the multiple cotton gins found to be violating labor laws. They have since been ordered to pay more than $12,000 in back wages and penalties.

According to a recently published article in The Atlanta Journal-Constitution, 8 in 10 cotton gins that were investigated in the Southeast violated labor laws. One of which, was Sowega Cotton Gin and Warehouse, based in Climax.

The company has since been ordered to pay nearly $13,000 in back wages and penalties.

The federal investigation began in November 2019 and stretched for 17 months until March 2021, when authorities uncovered that over 80% of cotton gin employers were violating labor laws, including the Fair Labor Standards Act, the Migrant and Seasonal Agricultural Worker Protection Act, or provisions of the H-2A vis program for seasonal farmworkers.

The article went on to say that the most common violations included failure to pay proper overtime and failure to “ensure housing safety and health.”

Climax Mayor Joseph Kelly was disappointed to learn of the labor law violations.

“It’s very disheartening to learn of this injustice, but I’m very grateful it’s being rectified,” he said.

As a result of the investigations undertaken by the Wage and Hour Division, the Department of Labor’s enforcement arm, authorities recovered over $280,000 in back wages and nearly $11,000 in liquidated damages for 620 workers.

Juan Coria, WHD regional administrator, who is based in Atlanta was quoted in The AJC as saying, “Our investigations show that far too many cotton gin operators are not compliant with federal labor law. The U.S. Department of Labor’s Wage and Hour Division maintains a dogged commitment to ensure that cotton gin workers receive all of their hard-earned wages as well as the worker protections they are due.”

Attempts to reach the DOL to find out when the back wages and penalties must be paid for were unsuccessful.