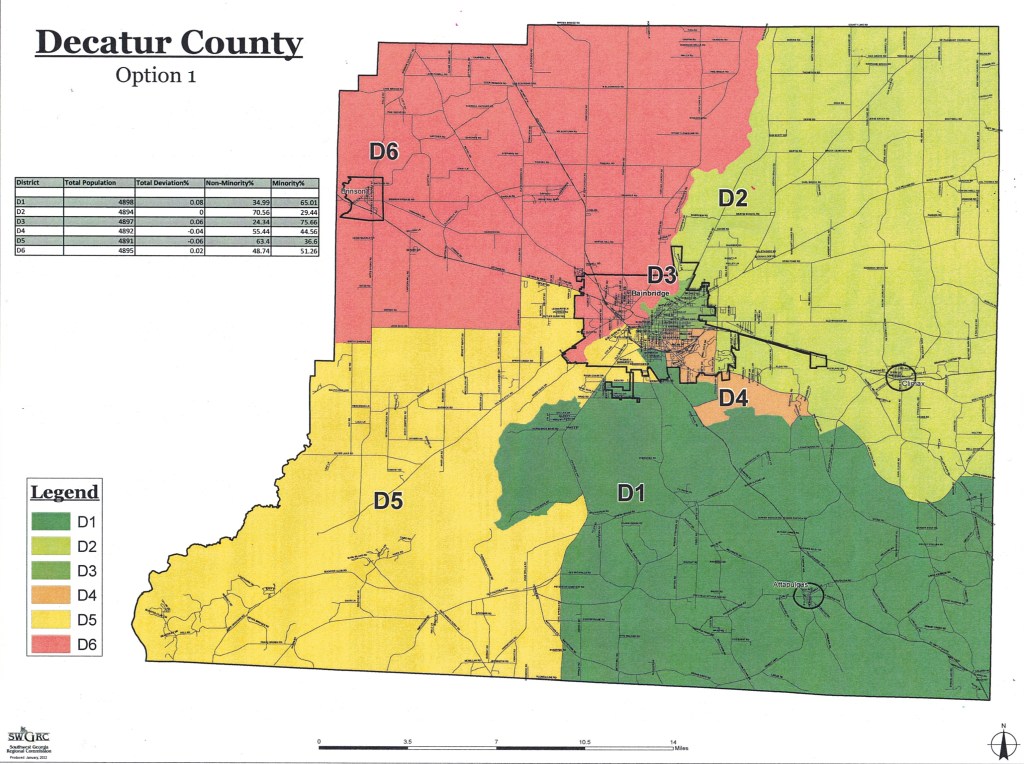 The Decatur County Commissioners met for their first meeting of the new year Tuesday morning. Among the items on the agenda included discussion of the inter-governmental agreement with the City of Bainbridge to provide garbage services to the county, with a more detailed motion currently being drawn up. The inter-governmental agreement was proposed last year, and will go into effect next month. On the first of February, the City of Bainbridge will begin collecting trash in the county, and according to county administrator Alan Thomas, the first of April is when other garbage services will cease.

Another item on the agenda was considering approval of a redistricting map. Last year, the Commissioners had an agreement with the Regional Commission to draft four proposed redistricted maps. The commissioners agreed on the first proposed map, which will be sent to the Legislative Reapportionment office in Atlanta for critique and approval. Thomas provided the Post Searchlight with a copy of the map, though added that the Legislative Reapportionment office may make some changes to it.

The Commissioners also approved holding a referendum on the renewal of TSPLOST, which will be held on May 24. The current TSPLOST will end in March of 2023, and the referendum will be on its renewal and continuation, not on another TSPLOST tax.

Fishing Tournament in honor of Dalton Harrell a major…