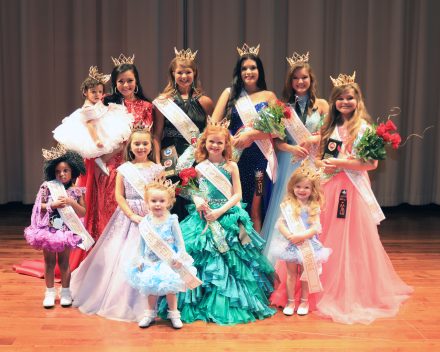 The Charles H. Kirbo Center hosted the annual National Tri-State Heritage Pageant on December 4, where girls from all across the south traveled to Bainbridge to compete and vie for the title of Miss Tri-State Heritage.

Competitors were from Alabama, Georgia and Florida and were instructed to celebrate their culture and diversity, while making sure they remained hometown proud throughout the pageant.

Prior to the national pageant, all contestants had competed in local preliminary pageants in order to advance.

There were eight age categories for the contestants, along with the People’s Choice Queen and Cover Miss Queen.

Britney Vickers of Georgia was the winner of the collegiate division, being named Collegiate Miss Tri-State Heritage.

According to Danielle Brown, the new queens will now spend the next year making appearances, promoting businesses, completing community service and organizing events for other local youth all across the tristate area.