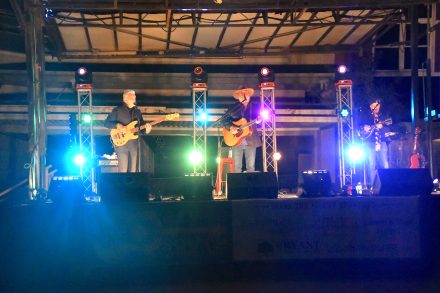 Crowds of people gathered in downtown Bainbridge last weekend for the inaugural River South festival, where they were treated to arts activities throughout the day, followed by live music performances later that afternoon. The event was free and open to the public; the various activities offered throughout the day included hat making by Eldrick Jacobs with Flint and Port Co., coffee roasting with Lee and Tiffany Lawrence from The Bean, candle making with Nikki Stewart from the Refinery, and yoga instructed by McKenzie Conder. BlackSheep Troubadour, The Brown Goose, Rollin’ in the Hay, and Zach Deputy provided the music for the day, while local bars and restaurants like Southern Philosophy, Sio’s, The Bean and Diablo’s provided food and drinks. Sponsors of the event included the City of Bainbridge, Visit Bainbridge, Bryant Funeral Home and Tristate Office Products.

Randee Eubanks, Special Events Coordinator for the city, spoke with the Post-Searchlight about the event. “We started planning in August,” she said. According to Eubanks, River South is planned to be an annual event. “We are pleased with the first year of River South,” she continued. “We are excited to see the festival grow each year, and are thankful to the Bainbridge community. We can’t wait to see everyone next year.”