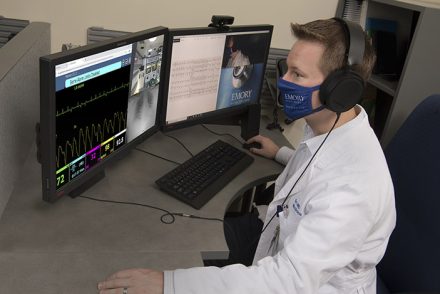 Michael Carr, MD, listens in as a paramedic in rural Georgia talks to him from inside the ambulance with a time-sensitive patient.

Bainbridge and Decatur County EMS paramedics have a whole new reason to smile, as Decatur County was recently named one of the 14 rural counties in Georgia whose patients will now have access to Emory doctors and specialists before they reach a local hospital through a new telehealth initiative.

The Emory Rural Tele-EMS Network (ER-TEMS) will work with the South Georgia division of Grady EMS in cooperation with local rural hospitals. It is being funded with the help of a four-year, $1.2 million grant from the Health Resources and Services Administration.

So far, the technology needed for the telehealth communication, such as- video technology and high speed internet, has been installed in three ambulances in Region 7 and four ambulances in Decatur County.

“Telehealth hasn’t been used much in the pre-hospital environment,” said Michael Carr, MD, the network’s project director. “That’s even more true in rural areas, where it has tremendous promise.”

The goal of the new telehealth technology is to intervene early in time-sensitive conditions.

When faced with a time sensitive patient, the ambulance crew can call the Emory emergency hub physician between the hours of 10 a.m.- 9 p.m. and the physician will then use a video internet hookup to consult with the ambulance crew, helping to evaluate and manage the initial patient care.

The network has the capability use telemedicine interface, which allows things like EKG readings, vital signs, patient charts and biometric data to be uploaded to a streaming cloud that doctors at Emory can see in real time from the inbound ambulance.

Doctors can then call the closest rural hospital and tell them what treatments they are currently doing to the inbound patient and what needs to be done prior to their arrival.

“The value is really working with the receiving hospital as soon as possible,” Carr said. “It will really benefit the patient.”

While the patients and hospitals will benefit from this, Carr said paramedics will feel the ease of a burden as well.

“In general, paramedics and EMTs are critically overwhelmed,” Carr said. “One of the big benefits of having a doctor over telemedicine is that it takes away the cognitive burden and keeps them from having to call the hospital and tell everything they’ve already done.”

So far, Carr said paramedics have been overwhelmingly positive in their feedback.

“We believe a lot of stress has been relieved,” Carr ended.

While the telemedicine capability is only available 10 a.m.-9 p.m. now, Carr hopes to eventually have it 24/7, so paramedics can get help at any time they need. 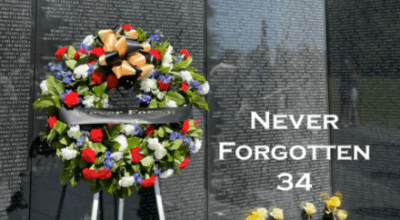 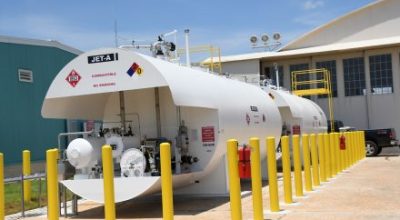