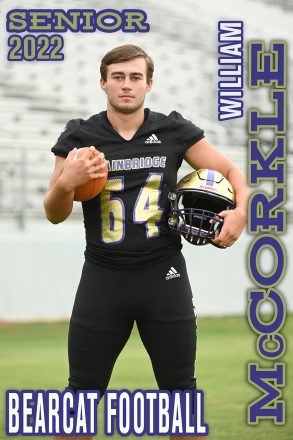 McCorkle was nominated by the faculty and staff at BHS to win the award in the broadcasted rivalry against the Thomasville Bulldogs.

Athletes are chosen based on their character and academic achievements by the Friday Night Rivals committee.

“He’s as high of a quality character as we have on he football team, and in the school,” they said. “He’s well-spoken, thoughtful and considerate. On top of that, he carries a 3.9+ GPA.”

Academically, McCorkle is high-achieving and currently has 33 credits, although he only needs 28 to graduate. He is technically considered a Sophomore in college with his dual enrollment credits and pushes himself to be better.

McCorkle has only taken one elective throughout his entire high school career.

“He’s all business,” coaches said. “When he’s not doing school, he has a full time job.”

McCorkle works at the Farmer’s Market in Cairo every day after practice and on Saturdays.

With all McCorkle has accomplished, coaches are hoping he will be a good candidate for the final scholarship at the end of the year.

Following the submissions of every athlete from the Friday Night Rivals games, Werner Kia of Tallahassee will award a $5,000 scholarship to the selected recipient.

McCorkle was shocked to be chosen and hopes to win the scholarship to eventually pursue his dreams. 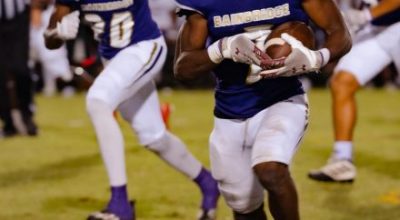