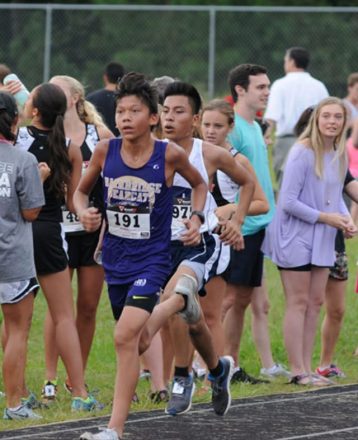 Efrain Diaz participated in the Deerfield Windsor Invitational over the weekend.

This past Saturday, the Bainbridge Middle School and High School cross country teams, along with the Grace Christian Academy team, competed at the Deerfield-Windsor Invitational in Albany. The invitational consisted of a middle school boy’s and girl’s 3,200 meter run, varsity boy’s and girl’s 5K runs, and a mixed JV 5K.

For High School Boys, BHS’ Landon Watts came in 8th place, with a time of 17:33.70. This was also a new personal record for Watts.

The next cross-country run is scheduled at the Tifton ABAC campus this weekend.